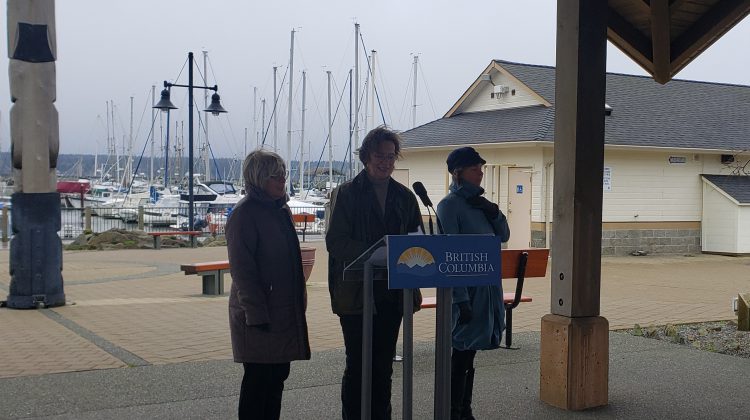 Transportation Minister Claire Trevena, along with Courtenay-Comox MLA Ronna Rae-Leonard and Nanaimo MLA Sheila Malcolmson were in Comox today to chat about the future for BC Ferries.

The province wants to know what you would like to see introduced.

An online questionnaire has been created for anyone in B.C to share what they think could, or should be implemented.

Minister Trevena says the time is now to plan for the future of ferry services in the province.

“There’s a significant investment in ferries happening at the moment and its time really to have a sense as a province on the ferry system. To redefine what the service is into the future.”

She added that the province wants to hear what is most important to all residents, whatever it may be.

The online questionnaire was released today and will allow the public to give feedback for a seven-week period.

From that point, Trevena says the government will be taking in all the feedback it’s received and look at shaping the vision for the future of ferry services in British Columbia.