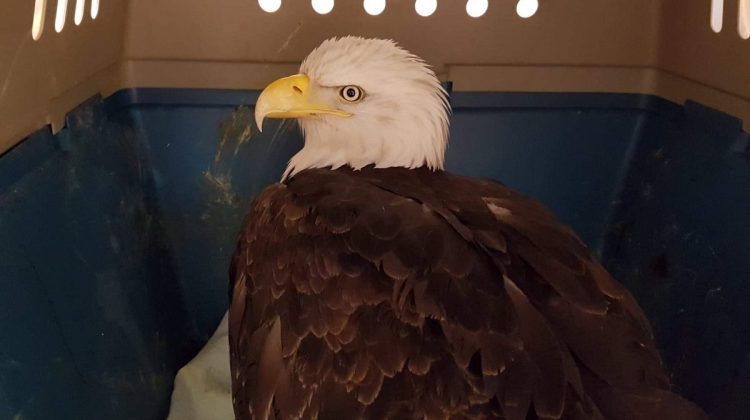 One of the rescued eagles being brought to the MARS Wildlife Rescue Society in Merville. (MARS Facebook page)

The MARS Wildlife Rescue Centre is looking to raise funds to save lead poisoned eagles.

It was started by Lynda Hodgkinson, chair of the fundraising committee for the centre.

She says eight birds have come in so far this year with lead poisoning.

“It’s so expensive to treat them with chelation therapy and everything else that’s involved with it. It’s $125 per treatment and each bird requires several treatments.”

“So much is involved with treating these birds and they have to be looked after, not 24/7 but quite a lot of the day. It takes a lot of volunteer time and it’s pretty upsetting when we lose one, and with lead poisoning, it happens quite a bit because it’s hard to treat unless we get them really early,” explains Hodgkinson.

Hodgkinson says the fundraising goal of $3000 will be enough to cover lead treatment and blood lead tests for 24 eagles.

So far the community has raised close to $2000 since the fundraiser launched on Monday.

Hodgkinson adds the support from everyone has been amazing.

If you would like to donate to the fundraiser or would like to learn more, click here. Donations can also be made in person to the MARS Wildlife Rescue Centre at 1331 Williams Beach Road in Merville.