$13,500 given to Comox Valley Airport for Plane of Reconciliation project 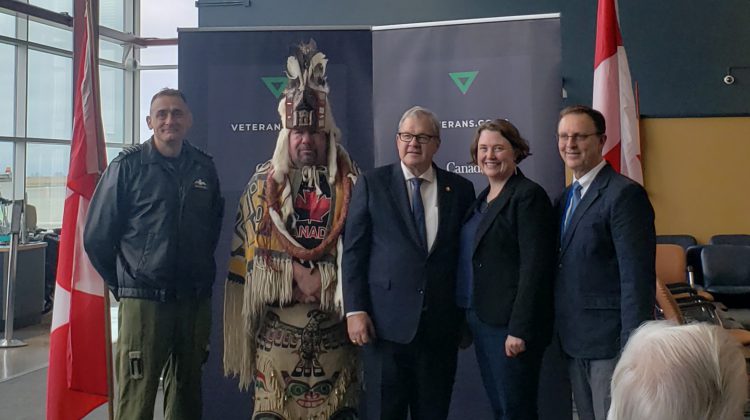 A contribution of $13,500 is heading to the Comox Valley Airport Commission in support of their Plane of Reconciliation project.

The money is coming through the federal Commemorative Partnership Program and the Honourable Lawrence MacAulay, Minister of Veterans Affairs was in Comox to make the announcement today.

Freeman, along with a group from across Canada known as Vimy Flight, flew replica Nieuport Biplanes over Vimy Ridge on 9th April 2017.

His wish was to see the contributions and sacrifices of Indigenous Peoples, and all Canadian Veterans, honoured through the installation of this plane.

A special Kwakiutl Thunderbird insignia was also painted onto the plane, at the request of Freeman.

Minister MacAulay says the plane is a great way to honour both indigenous veterans who fought during the First World War.

“It’s a beautiful tribute to the members of the Canadian aircrews who served in the First World War. It’s also a tribute to the indigenous people who gave their sacrifices so much in the terrible conflict and those who fought.”

He added that it’s also a great symbol of reconciliation for everyone who will see it every day.

“The plane of reconciliation is both a historical exhibit and a teaching point for the more than 400,000 people who pass through here and look at this. Its prominence is a testament to your community’s commitment to the efforts,” added MacAulay.