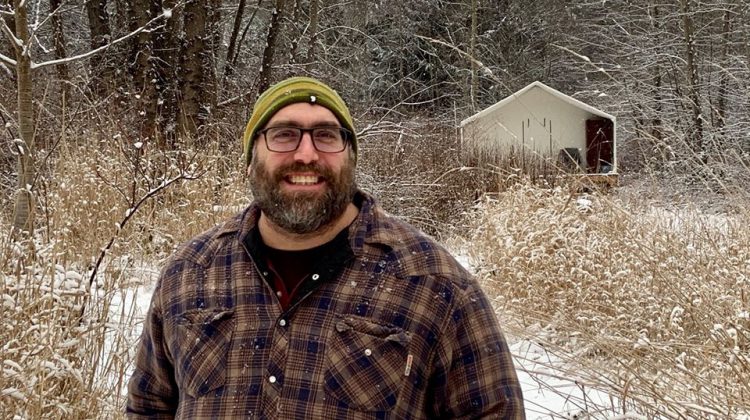 The 51-year-old was last seen leaving his house near Courtenay the morning of Jan. 31.

He was in a red Ford Ranger pick-up truck, and was wearing a hat and a patterned red and blue wool poncho over a black shirt and vest.

The search was suspended earlier this month, after searchers combed through more than 16,000 square kilometres of wilderness on Northern Vancouver Island but were unable to find him.

Campbell River Search and Rescue manager Grant Cromer said they aren’t putting the search to bed until they’re completely satisfied that all the leads are followed up on.

“That’s what Saturday was, just a continuation of checking off a few areas that didn’t get done before, following up on a few new tips that have come through, but we’ll keep looking on that one until that well runs dry,” Cromer said.

In the meantime, volunteers utilized about 15 hours of helicopter flight time that was paid for  by a GoFundMe page, along with three hours generated from search and rescue.

A group of over 200 volunteers have been poring through 50,000 images, looking for clues.

Pretula said the next stage of the search started on Valentine’s Day.

“I sent out a big push of emails to a volunteer group that was on standby,” Pretula said. “It was a large number of friends that had known Gaz or were related to people that knew Gaz, or had either work or a personal relationship with Gaz.”

He added, “They were all itching to come over in their cars, they were itching to come over and do hiking, they wanted to just help in some way and we kept them on the other side of the water from the island so that we didn’t have to monitor even more people going into the woods.”

Pretula said the best way for the volunteers to help is to go through the video data and “look through the woods, literally speaking, from a bird’s eye point of view to see if we can find another tip, or morsel, or piece of evidence that Michael has passed this way or his truck is visible from the air.”

If you want to volunteer to go through the video data, you can contact Pretula at [email protected].

For Pretula, who works in the film industry and is currently between contracts, searching for his friend has become a full-time job.

“So I’ve been able to commit a lot of my time to this. I spend anywhere between eight and 10 hours a day just emailing folks, taking in anything that they find that’s interesting in their searches of all these images, and then I forward that to a secondary team that puts that all into a different folder that we can all view and see what is interesting, flag items that look really curious so that we could perhaps help give a good reason to engage search-and-rescue again, and check out these areas.”

Pretula said those close to Gazetas are at a loss as to where he is, or what happened to him.

“We as his closest friends, and of course his wife, have all speculated, about some idea that Michael may have just gone into the woods to be alone and has suffered getting himself into a bit of trouble and unable to get himself out of it,” Pretula said.

“We are somewhat aware of his head space when he left, but for everything that we know about Michael and his behaviours, it’s really hard to say because everything that we’ve observed seems to be out of character for Michael, given what he knows and the friends that he has enjoyed in his life.”