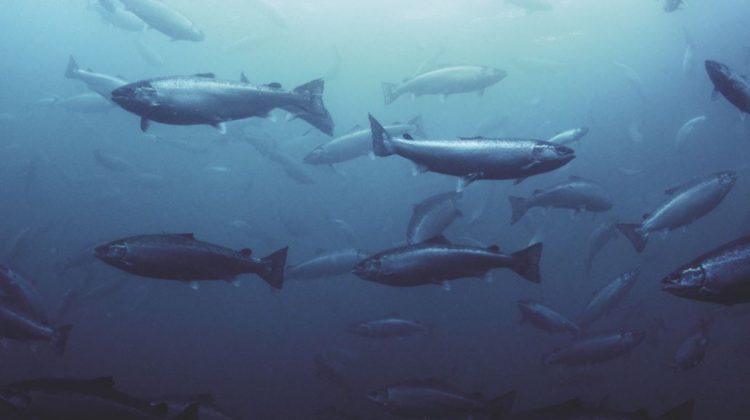 The Department of Fisheries and Oceans is defending itself against criticism over its plan to phase out salmon farms.

“The government of Canada is working on a responsible plan to transition open net-pen salmon farming in B.C.,” Deeks said.

“We have committed to developing this plan by 2025.”

Johns, who is the federal NDP fisheries critic, says the Liberals are breaking their promise to totally remove open net fish farms in five years time.

He said this sort of backtracking has become common practice with the Liberal government.

“They make a promise and then they decide to create a plan with no implementation date. People on the coast are not satisfied. The Liberal government has identified that clearly open net salmon farming is having an impact on our wild salmon, and so if there is a problem, why aren’t they taking action now like Washington State did when they had a massive escape on their coast?”

In response, Deeks said the Liberal government will not impose drastic, systemic change on Canadian communities.

“We believe that the best policies come from meaningful engagement with those who will be directly affected,” she said.

“That’s why we are working in partnership with Indigenous peoples and the Government of British Columbia. We are also working closely with industry leaders on the best paths forward.”

Deeks said there are Indigenous and coastal communities that are largely dependent upon aquaculture, including open net-pen salmon farming.

“We need to ensure they are properly engaged on developing the plan.

The minister’s mandate to create a national Aquaculture Act (that) reflects our underlying commitment to this change,” she added.

“Canadians expect the government to have an informed, responsible plan to transition open net-pen salmon farming in B.C., and that is what we are working on with our partners,” Deeks said.

Meanwhile, Johns said he’ll continue to keep the pressure on the Liberals to fulfill their promise.

“Many Liberal MPs and MPs from across political parties have signed a wild salmon pledge to support the removal of salmon farms from coastal British Columbian waters by 2025. I’ll be holding those MPs that signed that pledge to account,” he said.

“They made a promise, they told their voters that they’d be moving to closed containment by 2025 and now they’re backpedalling, and their constituents need to hold them to account.”