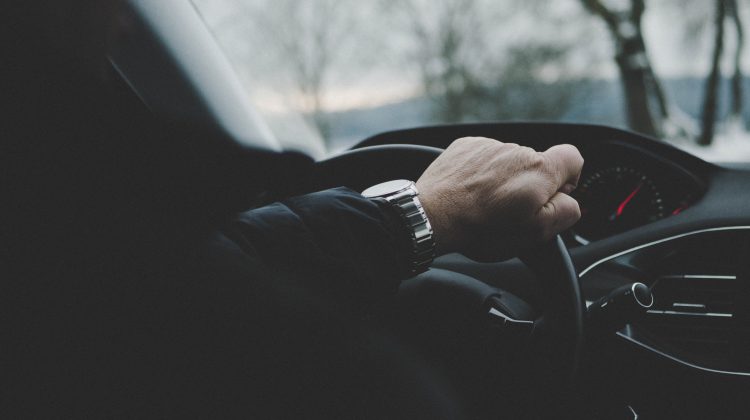 Two cases of women being stalked by a driver in the Comox Valley have the RCMP on alert.

Both times, the suspect flicked on the car’s high beams while following the women.

The first took place at the Courtenay Airpark and the second happened near CFB Comox.

The vehicle in both instances is described as a white, older model car with a black stripe on its side, rectangular headlights, and a new driver sticker on its back.

Courtenay resident Mackenzie Chisholm said she was walking around the airpark with her dog at around 8:00pm on Feb. 12th and noticed a car driving up and down Mansfield Drive.

“It was turning around, with its high beams on, obviously watching me because they slowed to a crawl as they passed me, which is a little unnerving in itself when you’re alone in the park with just a dog,” she said.

“They went by about five or six times and eventually I got freaked out enough to hide behind a tree.”

Chisholm said the driver came to a stop. She added that it was obvious that the driver was looking for someone.

She added that when the car started moving again, she and her dog “took off running” into the bushes and then made it back to their vehicle.

Chisholm described the car as a “boxy, kind-of 80s style” car similar to a Mazda 626.

“It wasn’t a very nice experience but it definitely keeps me more on my toes going forward,” she said.

She is sounding the alarm for others to be aware of their surroundings.

“Keep your phone on you, maybe walk in groups and make yourself a hard target,” Chisholm said. “Obviously I was walking alone at night which we should know not to do but still here I was doing it just because I had to walk my dog. Obviously take safety first and if you do see anything suspicious, report it to police because they’ve been amazing with my report and following it up and everything.”

Meanwhile, last week, a woman walking home with her infant son said on social media that she was followed home along Glacier Gardens on Military Row.

She added that the male driver circled around three separate times, watching her and at one point pulled over and “high beamed” her. At that point, she pretended to make a phone call.

He sped off and she ran home. She described the driver as wearing glasses.

Comox Valley RCMP Constable Monika Terragni, said the RCMP is aware of these incidents, is investigating, and is liaising with the Military Police regarding the incidents reported in their jurisdiction.

“It is very important to  call the police and report any/all suspicious activity especially at the time it is happening (if possible),” Terragni said.

“Any piece of information, big or small, can turn out to be a very important part of an ongoing investigation.”