Senior airlifted to hospital after single-vehicle crash in Cumberland 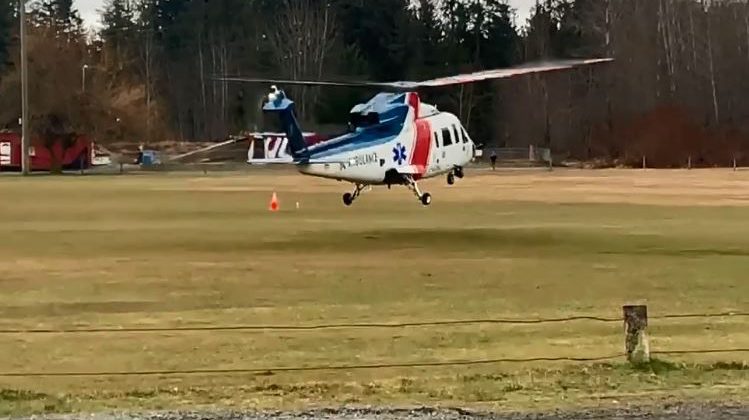 A senior was airlifted to hospital after a single-vehicle crash in Cumberland yesterday. ( Jason Mcgregor, Facebook)

A senior is expected to survive after a serious crash in Cumberland.

It happened at about 3:25pm yesterday at Keswick Avenue and 4th Street.

She was the only occupant inside the van at the time of the crash.

The woman was airlifted to hospital with serious injuries that “are not believed to be life threatening.”

Cumberland fire chief Mike Williamson said the van had gone through a yard and into some bushes.

Williamson said it was upside down and the driver was trapped inside.

Firefighters used their jaws of life to free her from the van.

“It was a smaller van and the lady had a small electric cart in the back of the van, she had leg braces on and it looked like she had difficulty walking,” Williamson said.

Williamson said that a witness told him that the car seemed to be accelerating before it crashed: “I don’t know if it was a medical problem or maybe a mechanical problem with her car, it could have been either-or.”

Williamson explained that it was a dangerous call for the firefighters because the van’s fuel tank had ruptured.

“There was quite a bit of gasoline around,” he said. “We had an engine there with fire suppression stuff while we were doing the extrication. It was a little hairy for us, that extrication, because of the gas around but we managed to do it fairly quickly and get her out of there to a safe area and all our crew to a safe area.”

The cause of the crash is still under investigation.