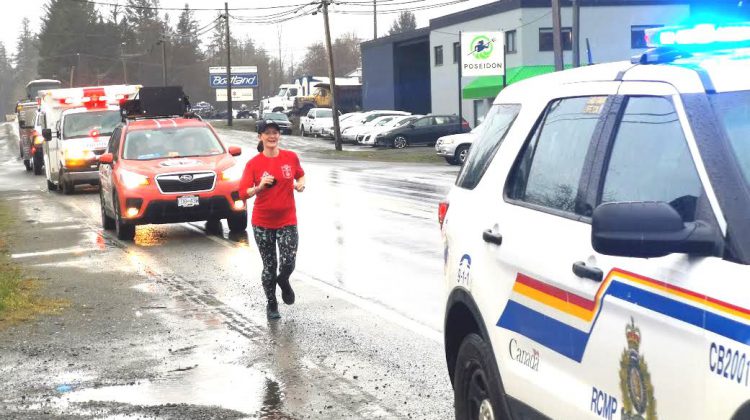 The Wounded Warriors BC run is equal parts emotional and fulfilling for one military wife.

Rebecca Schillemat is among those running 600 kilometres along the east coast of Vancouver Island.

She says she’s running for the spouses.

“The Wounded Warriors Canada has a new spouse program that they’re launching this year so it fits in nicely that I’m running this year.”

Funds go to Wounded Warriors Canada which offers programs on Vancouver Island, such as the Trauma Resiliency Program (TRP), COPE (Couples Overcoming PTSD Everyday), and the Service Dog Program which trains dogs and pairs them with a person with PTSD.

The latest program, Spousal Resiliency Programs, started to assist the Spouses in supporting their partner dealing with the effects of PTSD.

“I see stuff that happens with my husband’s co-workers and even just moving to different bases and hearing these stories,” Schillemat said.

“It’s hard to find support when you’re moving all the time so I wanted to do something for these service members.” 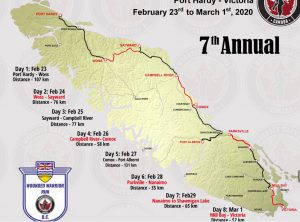 Schillemat said from day one on the northern tip of the island, it’s been a great experience.

“Starting up in Port Hardy was just amazing,” Schillemat said.

“You find some nice peace on the road,” she said. “It’s just you and the road for a bit and there’s snow and there’s eagles and there’s elk. It’s been amazing.”

“They wouldn’t be able to sleep in their beds,” Schillemat said.

“They’d come home and they’d have to sleep outside because they are so used to that so it was a really hard transition for a lot of service members.”

Schillemat said starting the conversation is an important piece to the run.

“We’re doing it so that people can see that it is okay to talk about the experiences you had,” she added. “And just because the person beside you isn’t having trouble sleeping or isn’t experiencing trauma from it, doesn’t mean that you’re not. Everyone experiences these things differently and affects everyone differently, and it’s really important that everyone can feel open to talk about it and get help when they are ready to ask for it.”

She believes the saddest thing is when someone asks for help and doesn’t get it.

Schillemat said the Wounded Warriors helps all first responders including firefighters, paramedics, and police officers that need help, too.