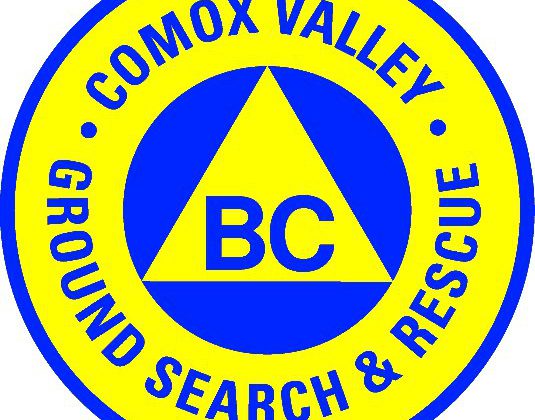 All’s well that ends well for a Comox Valley hiker.

The man in his 20s got lost as he was walking the trails around Comox Lake at around 5:00pm on Wednesday.

He decided to go straight towards the lake where his car was parked.

What he didn’t realize was, there was a climbing area with “a bunch of cliffs,” said Marc Lyster, the rope team leader with Comox Valley Ground Search and Rescue.

As he was cutting through the bush, the man slipped on some moss and fell roughly three feet before landing on the shelf of a 30-foot cliff.

He didn’t have a phone so he started yelling for help.

That’s when a car pulled up. The three occupants heard him and called 9-1-1.

The Cumberland Fire Department and BC Ambulance showed up and realized getting the hiker off the shelf was “beyond their scope of ability,” Lyster said.

“They called us to come out and do the rope rescue,” Lyster said.

Lyster said the man was lucky that the three hikers showed up when they did: “With the Cumberland forest being closed and stuff, I think he was pretty lucky on that, and pretty lucky that he stayed put because if he had fallen off the shelf he was on, it would have been a little different story.”

He added that the hiker wasn’t going to take any chances by finding his own way out of the predicament.

“He tried to move down and climb down himself, but it was so slippery, he realized that he should just stay put. When we went up to do the rescue we noticed that, too, that the rocks were very slippery. The summertime you can rock climb there but (in) the wintertime, it’s very slippery.”

Search and rescue used their rope system to bring the man down from the rock face.

“With the help of the team I made my way up there and got to him,” Lyster said. “And I put him in a harness and then once he was in a harness we had the rope system set up and we just lowered him down in a full body harness.”

Lyster said access was “a little tricky but everything worked out great.”