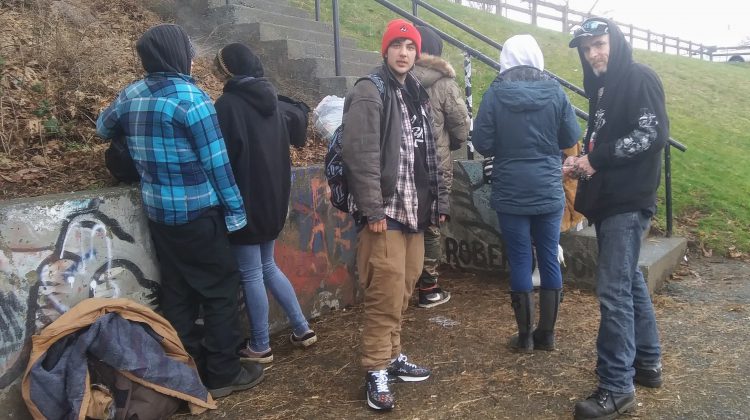 Photo of Ed and some of the volunteers with VORTEX cleaning up needles in the Comox Valley(Provided by Ed Patterson, VORTEX)

Ed Patterson and his wife want to help those in the Comox Valley struggling with drug addictions.

They’re hoping to launch a 24/7 care space to go along with the work they already do to remove used needles from areas around the Comox Valley.

The organization is known as VORTEX Outreach, which stands for Valley Outreach Through Experience.

He says the idea for the group has been in the works for a couple of years.

“We started out with a group called AAHA (Addicts and Allies Humanizing Addiction) but the group kind of fell apart because it wasn’t really needed I think. My wife stepped down and I stepped down and we started VORTEX.”

He says right now they both help clean up popular disposal sites in the valley, but the plan is to have a safe place for drug users to go.

“The long term goal is to have a 24-hour drop-in center, whether we have to build one or not called MyPlace 24/7,” says Patterson. “I want something open 24hrs a day that can help people for people to have a shower, do their laundry, get wifi, get a cup of coffee, have someone to talk too, to have some advice and hopefully get housed.”

Patterson is still in the early stages of becoming an official non-profit business.

“I’ve been doing this for three years but I’ve been under the radar because I’ve been building up stats. Now that those stats are built to a point where I can maybe jump on the springboard and jump up to the next level here and register as a business and maybe start adding for some grants or charitable donations.”

Once the ball gets rolling he adds that the organization plans to reach out to local schools to teach kids the dangers of using drugs.

To learn more about Vortex or to get involved, reach out to Edmond Patterson at vortexoutreachcv2020@gmail.com.