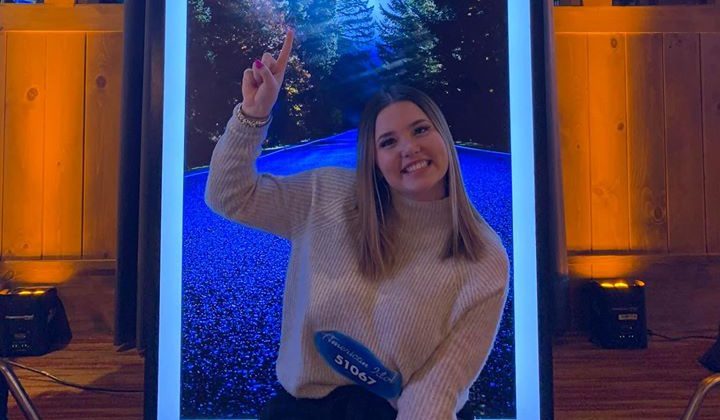 Lauren Spencer-Smith is a 16-year-old singer from Nanaimo. She recently had the chance to audition on American Idol.

The Vancouver Island girl performed “What about us” by Pink on the popular American TV show.

She’s been getting a lot of support and attention from family, friends and anyone on the island who knows what she’s been up too.

We had the chance to speak with her. She says the whole experience so far has been great.

“The atmosphere was so positive, you make so many friends and even the workers, everyone is so positive and so kind. It’s been super fun, super amazing.”

Spencer-Smith adds that since she went on the show, the support from everyone on social media has been overwhelming.

“To everyone on the island, I just want to give a huge thanks to everybody who is supporting me and following and liking and commenting and just supporting me as an island girl, added Spencer-Smith.”

Her audition aired on Sunday night and many from all over Vancouver Island tuned in to watch her perform in front of celebrity judges Lionel Richie, Luke Bryan and Katy Perry.

She got the yes vote from all three, moving her ahead to the Hollywood stage of the show.

Spencer-Smith says the best part of the competition has been meeting other contestants and creating life-long relationships.

“My favourite experience with American Idol so far was honestly being in the holding room where all the contestants kind of sit and wait for their interviews and their auditions.”

“In that room alone I’ve made so many friends, relationships and connections with people who I still talk to on a daily basis. Just getting to meet everyone and their families is probably the best part. I have life long friends for sure.”

She adds now that her audition is completed, her mind and voice will be focusing on getting through Hollywood week.