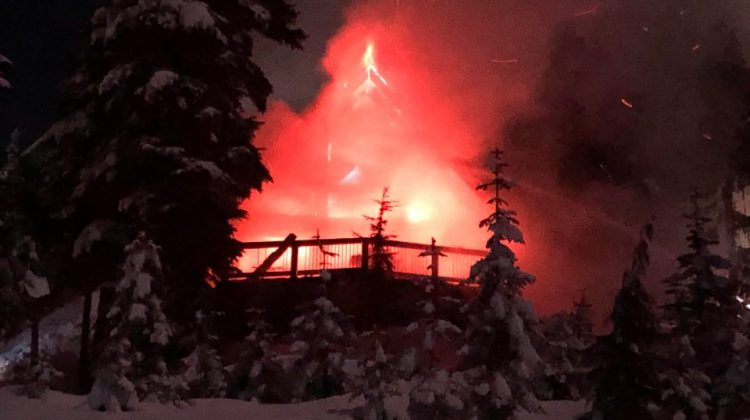 Photo of the Chalet, which burnt to the ground late last night. (Provided by Luke DeBoer)

A fire on Mount Washington has completely destroyed a chalet.

The blaze broke out Saturday evening in the Village section of the resort.

Tara Deboer is a building caretaker with Mount Washington and says three fire department members that live on the mountain were able to contain and smoulder the fire throughout the night.

They were the first on the scene, with other fire crews from Oyster River crews responding around 20 to 30 minutes later.

Deboer says because the Village is in a more remote location, vehicles cannot drive in the area making it difficult for crews to get too.

She added that none of the eight people inside were injured, but the chalet has been “burnt to a crisp”.

The cause of the fire is unknown but is believed to have started in the chimney.

We have reached out to the Oyster River Fire Department for more information and will update this story when it becomes available.