Comox Lake Reservoir ‘slightly below normal’ for this time of year; BC Hydro 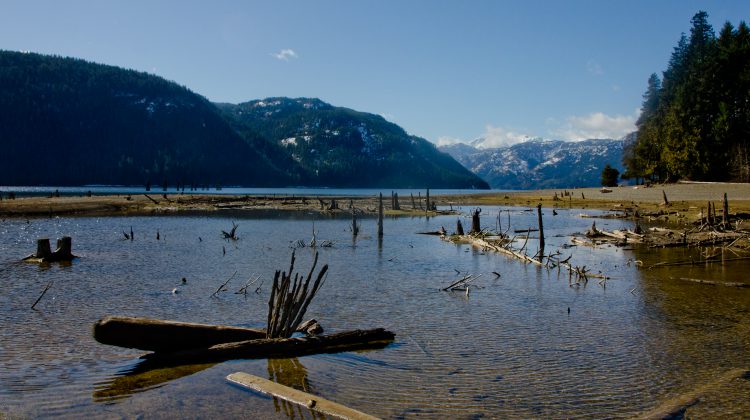 Low water levels in Comox Lake are pictured on March 12th, 2019, near the drainage point of the lake into the Puntledge River. Photo by MyComoxValleynow.com staff)

BC Hydro is updating the community on the Comox Lake Reservoir and Puntledge River water supply forecast.

BC Hydro spokesperson Stephan Watson says after a very wet January the weather since then has been quite dry.

“The amount of precipitation for February was 48 per cent, March 31 per cent, and April to date, just 14 per cent of normal. This is the fourth consecutive year where the February to March period has had well below normal precipitation.”

He says water inflows into the Comox Lake Reservoir have been low since early-February.

Watson adds that the water supply forecast as of the first week of April is 78 per cent of normal, in comparison to last month/, which showed 103 per cent.

The Comox Lake Reservoir is currently at 132.35 metres, which is about 1.25 of a metre below the normal level for this time of the year.

Watson says the reservoir has been slowly moving down over the past few months and generally fluctuates between 131 metres to 135.3 metres.

He adds that the Puntledge River Generating Station has been reduced to about 30 per cent capacity.

The Puntledge River flows this spring and summer will depend on the amount of snowmelt and rain. An update will be provided in early May.