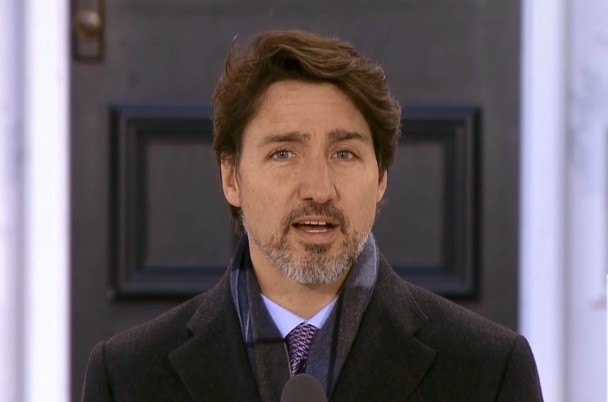 The federal government is increasing the eligibility for small businesses to access loans to help with cash flow.  The Canada Emergency Business Account allows small businesses to apply for a $40,000 loan that is guaranteed by the government.  However, some did not qualify so during his daily address Prime Minister Justin Trudeau says businesses who spent between $20,000 and $1.5-million in total payroll last year will now qualify.  He also said that help is on the way for commercial businesses paying rent.  Trudeau says it will help businesses with rent for April, May, and June. More details on that program are coming after consultation with the provinces and territories.

The PM said in a call with G7 leaders there was a discussion on the development of a COVID-19 vaccine and the deployment of needed medical equipment across the world.  He said while we must ensure that our own healthcare workers and most vulnerable in Canada are protected, the world’s most developed countries must also support poorer countries and ensure “the safety and health of people around the world.”

The Prime Minister says he will hold a call with the First Ministers tonight and a large part of that discussion will be focused on how to protect the elderly in long-term care homes.  He confirmed that Quebec has requested for a third time the assistance of the federal government.  This time it was for more doctors to assist with outbreaks at long-term care homes.  Trudeau says he doesn’t know what that looks like yet as talks are ongoing.

Trudeau was pressed on when the Canada-U.S. border may re-open after U.S. President Donald Trump said he wants to open the border sooner rather than later.  Trudeau stressed that it will be many more weeks before that will happen and that ongoing conversations are happening between both country’s officials.