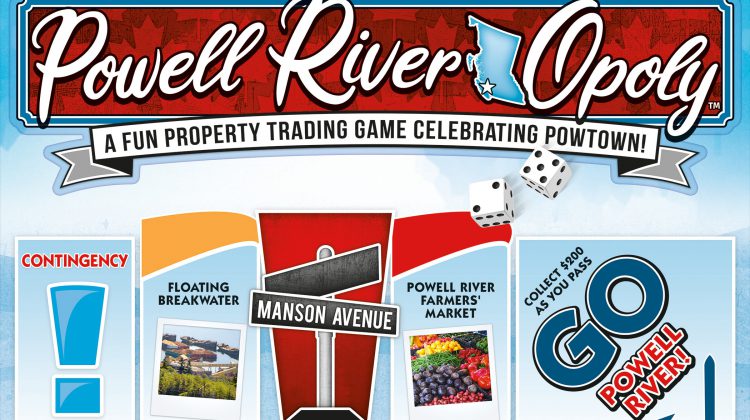 There’s a new ‘Opoly’ on the board game block.

Powell River-Opoly is based on Monopoly, the best-selling game of all-time, but with a distinct Powell River flavour. 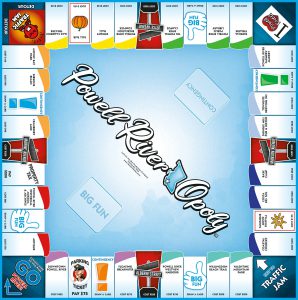 “We just try and find what people will recognize and know, and also highlight some of the businesses or festivals like the Sunshine Music Festival,” he said.

Properties and places include Mowat Bay Park, Coastal Cookery, Patricia Theatre, and others.

Teskey said that there was no hierarchy in determining which property goes where: “For example, where the Boardwalk spot would be, we always just typically do something very generic, like, ‘Downtown Powell River’ or even ‘Downtown Vancouver’ or ‘Downtown Toronto.’ We don’t want to play favourites by any stretch.”

Powell River-Opoly is available for a limited time and is being sold exclusively at select Walmart stores and online at Walmart.ca.

This newest addition comes on the heels of Campbell River-Opoly which was unveiled last October and flew off the shelves before Christmas.

According to Teskey, Campbell River-Opoly was “probably the quickest selling game that we’ve done and we’ve done almost 50 games across the country.”

Teskey said Walmart reached out to its stores across Canada to gauge interest in having an ‘Opoly’ in each community.

Powell River was one of the locations that showed interest.

“Last year, we had about 30 different communities across Canada (interested). This year we’ll have closer to 100 and Powell River was one of those communities. One of the store managers at (that) Walmart said, ‘I think our community would be perfect for it and we’d love to support it’ and that’s how it came about.”

Teskey added that the company has Parker Brothers’ blessing.