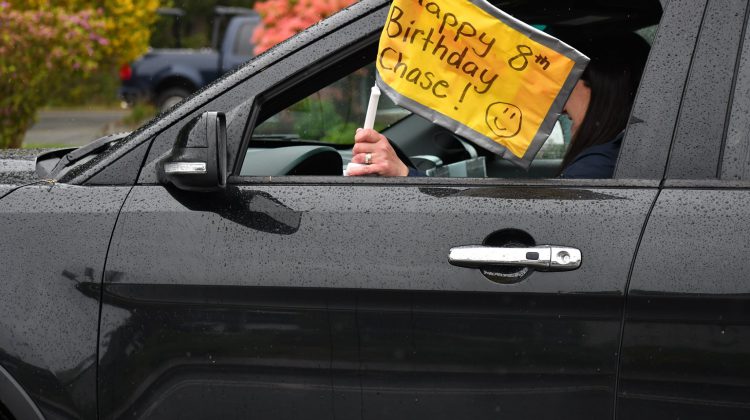 It was an extra special birthday for eight-year-old Chase Peterson today.

Over 100 vehicles from the community drove past to say happy birthday, including members from the Comox Valley RCMP, the Comox Fire Department and B.C ambulance crews.

Chase’s dad Scott Peterson says his son was diagnosed with leukemia back in February and only gets a few days off during treatment, so to have something like this come together is huge.

“This is the longest he’s been home for this entire two-and-a-half-month stretch. He gets about 10-11 days home here and his last one was about five days.”

“It’s amazing and it’s overwhelming at the same time. This is something that he will always remember for the rest of his life, even if he’s not sitting there full of smiles right there at the time everybody’s going by, all the noise and everything like that, it is a fantastic spectacle to see and its something he will remember for forever and cherish.”