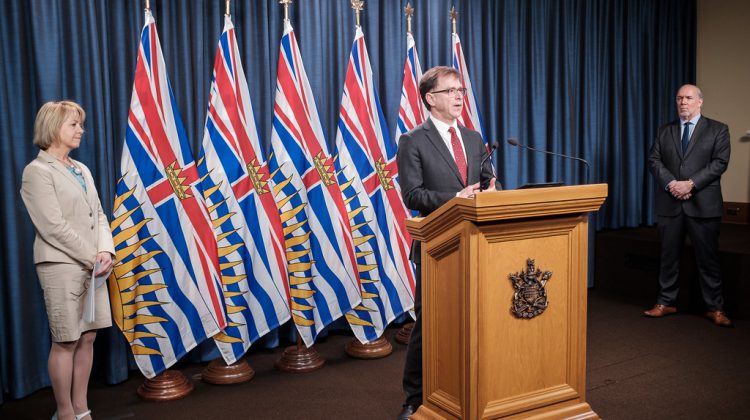 The province announced on May 7th that surgeries that were postponed due to the COVID-19 pandemic are starting back up. (Supplied by the Province of British Columbia)

– With files from Mike Patterson

The provincial government is going to allow elective surgeries to resume this month.

Between now and the 15th of the month there will be outreach, consultations and pre-screening of patients.

On May 18th, some elective surgeries will resume.

There will then be increased capacity over a four-week period to bring procedures to near normal levels.

He added this has been difficult for them and their families.

The province estimates that by May 18th, just over 30,000 non-urgent surgeries had to be postponed or left on a wait-list.

Horgan thanked all those who have been waiting for surgeries.

“That’s 30,000 people who have been having to endure pain and other suffering as we’ve worked together to address COVID-19,” Horgan said. “But because of those sacrifices we’ve been able to move forward.”

Another 24,000 patients could also be waiting to get their names on the waiting list for surgery.

Horgan said as the province resumes elective surgeries, “we’re going to have to ensure that we have safety protocols in place for patients and surgical teams.”

The Premier said it has now been determined that elective surgeries can resume safely.

Horgan noted that it’s also an option for patients to wait until they’re more comfortable to re-enter the healthcare system.

“But every precaution that can be taken, has been taken,” Horgan added. “Right from the beginning of this pandemic, we’ve been focusing on ensuring that the public interest is front of mind and that the health of British Columbians is our preoccupation.”

Dix added that moving forward, the province is going to put forward “a 100 percent” effort to address the backlog caused by COVID-19 in the coming months and years.

“All patients needing surgery are at the centre of the surgical renewal,” Dix said. “We will do this in the safest way possible for patients and providers, we’ll be 100 percent all-in in this effort, and everyone involved in the healthcare system is committed to this idea.”

Dix pointed out that roughly 17,300 urgent surgeries have taken place between mid-March and now.

Provincial Health Officer, Dr. Bonnie Henry, said over the past few weeks, every surgical patient had to be treated as if they might have COVID-19.

“And that led to protections such as decreasing the number of people in a room when we are doing procedures like intubation –  putting a breathing tube down someone’s throat – because we know those are situations that increase the risk of transfer of the virus.”

She said these protocols were needed when we were seeing an increase of community spread of the virus.

Dr. Henry added that, now that we have flattened the curve in B.C., we can take a different approach.

“We are working very hard in public health to identify every single person who has COVID-19 in our province, and that helps us understand where the transmission is occurring,” she added. “That means that we can safely resume surgeries and we no longer have to assume that everybody has this (virus). We can now safely assume that most patients do not have COVID-19 and that allows us to change the protocols.”