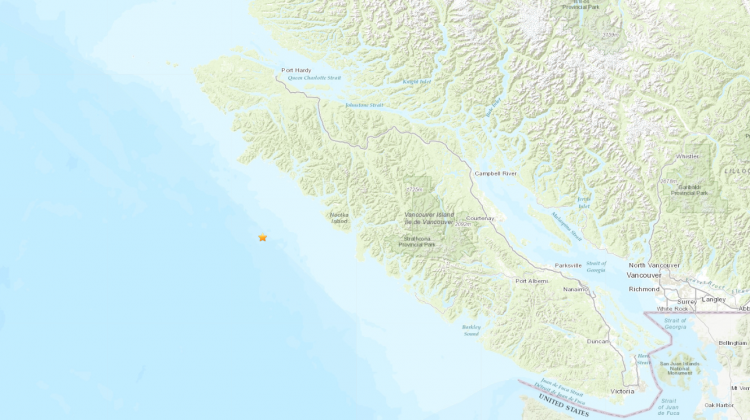 An earthquake has been recorded off the west coast of Vancouver Island.

The 4.7 magnitude quake was recorded at a depth of 10km and could be felt in some parts of Vancouver Island including Port Alice, Port Hardy and Tofino.

Its the first earthquake to hit the region in a while. The last one recorded in the area was on April 19th about 36 km west of Port Alberni.