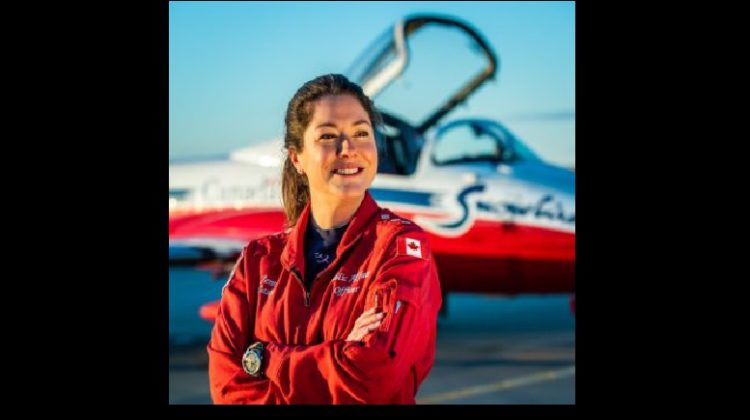 19 Wing Comox is reacting to the Canadian Forces Snowbirds tragedy in Kamloops.

In a statement, Wing Commander Dany Poitras says “all of us at 19 Wing Comox are profoundly saddened by the loss of Captain Jennifer Casey.”

“As you know, there is a special relationship with the Comox Valley and 431 Air Demonstration Squadron, or as you may know them, the Snowbirds,” Poitras said.

At roughly 11:45 a.m. on May 17th, shortly after take-off from Kamloops Airport, Snowbird 11, a Canadian Forces Snowbirds CT-114 Tutor, crashed into a nearby neighbourhood.

Originally from Halifax, she joined the Snowbirds in 2018 after a career in journalism.

In the statement, Poitras said every year, members of our community look forward to the Snowbirds training at Comox.

“Each spring the team takes up residence here and the distinctive red and white jets can be seen in the skies near 19 Wing,” he continued.

“As we grieve together, the defence team members of 19 Wing, Comox offer our condolences and support to Captain Casey’s family, colleagues and friends.  We also have Captain Richard MacDougall in our thoughts and wish him a speedy recovery.

I thank the Comox Valley community for their support in this difficult time.”