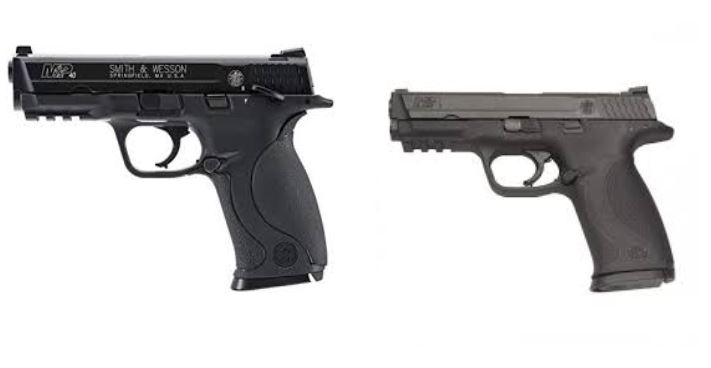 BB Gun and 9mm, side by side. (Supplied by the Campbell River RCMP)

The Campbell River RCMP is warning that displaying a gun of any kind in public isn’t a good idea.

A local man found that out last Saturday after police received reports that he was handling a pistol in the parking lot of the Campbell River Walmart.

Officers caught up with him in the Home Depot parking lot.

It turns out that it was a newly purchased BB gun that he just couldn’t wait to unwrap.

Once it was clear there was no threat, the man was free to go on his way, a little shaken from a multi officer response.

“These BB and pellet pistols are designed to look like the real thing. Members of the public and police cannot tell them apart at first glance and it can create some very dangerous situations,” Tyre said.

“We have had reports of people waving handguns around out of the windows of their cars, or using an imitation to threaten people with. The response of officers will be as if the firearm is real because until we get our hands on it, we can’t tell for sure. We have to act as if every weapons call is legitimate to ensure the public’s safety and our safety.”

The Campbell River RCMP recommends that if you own a BB or pellet gun, that you treat it as you would any other firearm – lock it up, safely transport it, and only use it in a safe location.