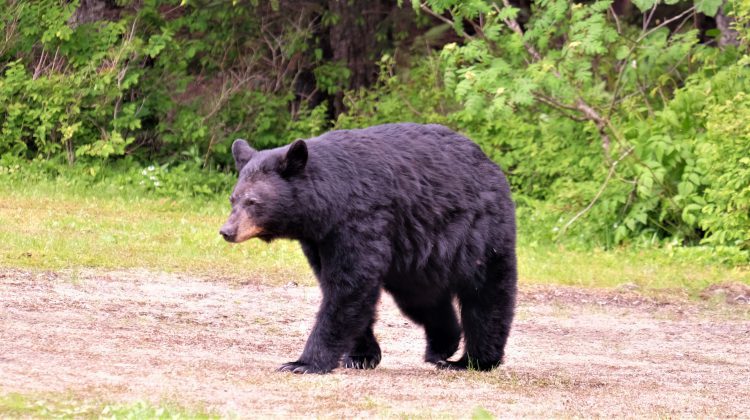 A Vancouver Island conservation officer is frustrated that the message of being “bear aware” is falling on deaf ears.

Sgt. Mike Newton with the North Island Zone Conservation Officer Service (COS) says calls of black bears in the region in May “is 10 times what we saw in April.”

The COS has responded to 102 black bear complaints in April/May so far in the North Island Zone, and Newton said numbers are ramping up very fast.

He added that several bears have been euthanized because they posed a significant risk to public safety, due to the fact they were aggressively accessing/defending garbage as a food source.

“We’ve been doing a really heavy media push and door-to-door campaign and through our calls for service, we’re educating the public,” Newton added.

“The public education piece has been done. People know what they need to do for the most part to reduce human-wildlife conflict with black bears and yet, on any given evening in any of our communities, you could go for a drive at 10 or 11 o’clock at night and you can see a high percentage of people who still don’t get the message and they’re putting their garbage out, curb-side, all night, the night before garbage pickup.”

Newton said that’s where the problem starts: “The bears get access to that garbage, they get used to the garbage and the next thing you know, when people get tired of cleaning up the mess and they start to bring their garbage closer to their homes, the bears switch gears and they’re up on porches, they’re into carports, they’re breaking into sheds.”

At that point, Newton said, the bears pose a serious public safety risk and the conservation officers are called to try and remove them.

He said a bears’ manners are ruined by someone’s “sloppy behaviour.”

This is the critical time of year when “people absolutely have to lock down anything in their yards or around their houses that will be found by a bear and considered a food attractant,” Newton noted.

“We cannot have these bears switching from the natural grasses, dandelions and skunk cabbage that they should be feeding on, at this time of year and have them switch to non-natural food attractants that creates human-wildlife conflict,” he said.

Newton said this is a busy time for the region’s black bear population.

“It is that time of the year when the spring vegetation flush happens,” Newton said. “The bears are out, they’re feeding, they’re active, it’s also their breeding season so they’re moving a lot for that purpose and they’re all through the green spaces in our communities – Courtenay, Comox, Campbell River – all of our communities have a high bear population, so this is the time of the year when we see activity really spike.”

He added that garbage, compost bins, bird seed and greasy BBQ’s as well as recycling are common attractants.

You’re urged to call the RAPP line (1-877-952-7277) to report people leaving their attractants accessible to bears.

Neighbourhood audits are being conducted right now by conservation officers. You must secure your attractants or face fines under the Wildlife Act. Fines start at $230 for a first offense and go up from there.