14th Street construction expected to last a couple of weeks 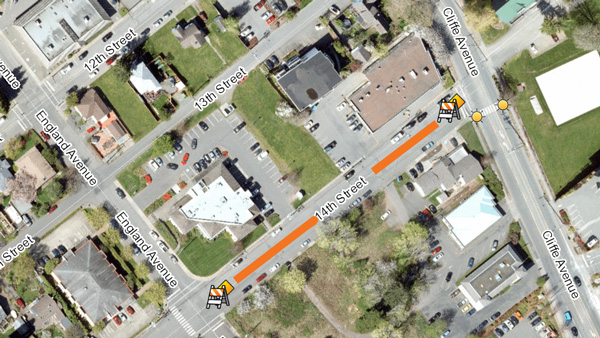 Photo of the work zone provided by The City of Courtenay.

Some work on pedestrian upgrades is underway in Courtenay and is expected to last a couple of weeks.

Crews have started work on 14th Street between Cliffe and England Avenue.

The city says the improvements will include new sections of the sidewalk, curbs, and gutters on both sides of the street.

A new pedestrian-controlled crosswalk on Cliffe Avenue and 14th Street will also be installed in the coming weeks.

During that time, any traffic heading westbound will be reduced to a single lane and anyone travelling east will be detoured altogether.

The city is asking you to drive carefully and respect crews as they work.