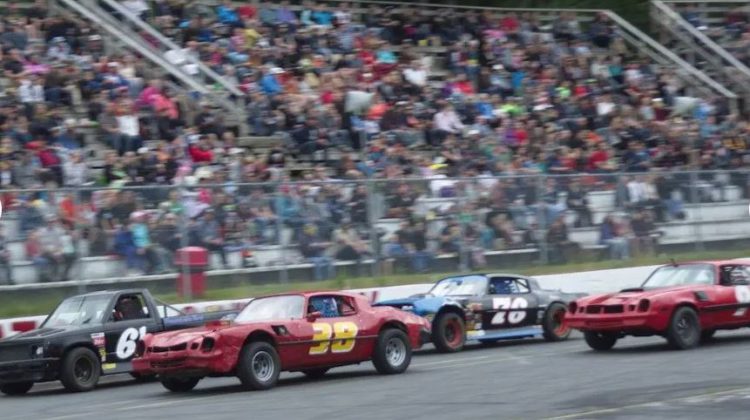 Past action from Saratoga Speedway. (Supplied by saratogaracing.ca)

It’s the end of an era and the start of a new one at Saratoga Speedway.

After 40 years under the same ownership, the longstanding racetrack has been sold.

It’s changing hands from the Hargrave family, to Rob and Lee Leighton.

Rob is the owner and operator of Leighton Contracting in Courtenay and is no stranger to racing. In 1999, he captured Saratoga’s Bomber Car Championship title, as well as the Stock Car title in 2005.

The property now known as Saratoga Speedway was purchased by Dave and Paul in 1980. Originally built in 1968, was operated by the Oyster River Racing Association until 1978, when it closed.

The Hargrave Family, in the sawmill business at that time, purchased it for a sawmill site before changing those plans.

The facility had its first reopening as Saratoga Speedway in 1981, with 16 race teams in one division participating.

With the introduction of its young drivers training program in 2005, kids as young as 10 years old are now racing.

The Hargrave family thanked the racing community in all divisions from across Vancouver Island, dedicated race fans, the unwavering support from race event sponsors, and local media for their support.

“Most of all we would like to acknowledge our dedicated race volunteers, who gave up so much to make Saratoga Speedway one of the best tracks in the province,” the family said.

The new owners said that while they have no plans at this time to open for fans in 2020, they are planning a potential test and tune event for the Labour Day long weekend, followed by “full operations in 2021.”