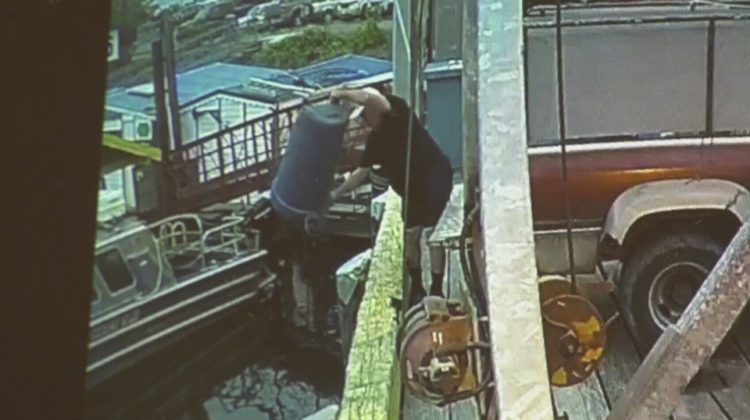 Harbour authority manager Phyllis Titus says one of her assistants first noticed the garbage floating in the water.

“We came back and looked at the surveillance camera and at 5:30am, this person backed his truck up and proceeded to dump two garbage cans plus six or so garbage bags into the water,” Titus says.

She says the bags were filled with food in ziplock bags.

“There was fish, there was apples, breads, other assorted contents we couldn’t really identify,” Titus says. “But, it was all in plastic.”

Though harbour staff quickly worked to clean up the litter when it was first spotted, Titus is very disgusted “that someone would just blatantly throw garbage into the water.”

She adds that the incident is now being further looked into and various environmental agencies have been made aware.