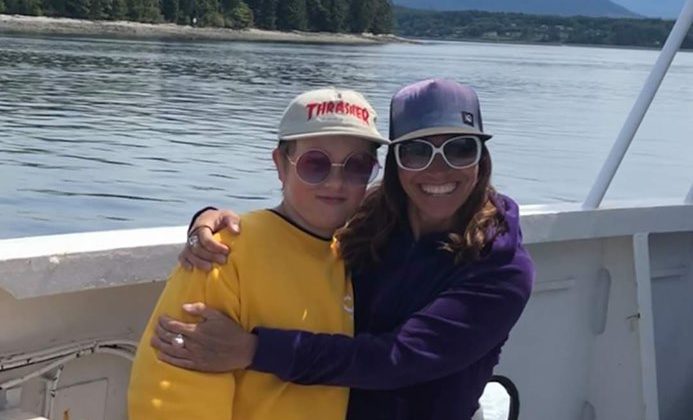 Support is pouring in from all over Vancouver Island for Liana and Brodie Sommerfeld after they were involved in a serious car crash.

One of the family’s closest friends, Jessica Sheridan has started a GoFundMe to help cover some of the financial costs the family won’t be able to afford.

Sheridan says both Liana and Brodie suffered “pretty bad” injuries in the crash, which happened on Saturday near Gold River.

Both were taken to the hospital in Victoria, and she hasn’t spoken with them since.

“It was very scary at first obviously because all we heard was that there was a bad car accident, that they had been airlifted, lots of broken bones, so it was very devastating.”

“We made contact with the emergency contact and she was able to get information from the nurses and they have been filling her in every day and choosing to relay that information to family and friends,” explained Sheridan.

She says she decided to start the fundraiser for Liana, a support worker in the Comox Valley,  after the community said they would help out.

“We have a very good core group of friendships. So many people that love her and we weren’t able to talk with her or see her and everyone wanted to make sure that they could help her, but the only way we knew how to help her was financially.”

So far, the GoFundMe page has surpassed its initial fundraising goal of $10,000 and is sitting at $14,430 at the time of this publication.

Sheridan says the support has been unbelievable.

“It’s mind-blowing. Everybody is just moved to tears. Liana has no idea how much everybody loves her and if this doesn’t show it, I don’t know what will.”

“Everybody is struggling financially so being able to give this much is just mind-blowing. We are just so thankful that we don’t have to worry about these finances and that she and Brodie are going to be alright.”

Sheridan posted an update on the condition of the two this afternoon saying “Brodie is recovering very well. He was able to connect with his mom, and he will be going home very soon!”

She also said Liana is waiting for x-ray results to see how her surgeries went and will be in the hospital in Victoria for a minimum of 2 weeks. After that, “it looks like she requires about 3 months of 24-hour care,” she added.

Sheridan explains if everyone can keep sending their love, everything will be just fine.

“I just want everyone to keep the prayers and the good vibes coming because it’s really helping and Liana’s a very spiritual person and she can feel the goodness and the love coming from everybody so keep that flowing.”

To donate to the GoFundMe page, follow this link.