Missing ‘Where’s My Dad’ sign found, back up in Port Alberni park 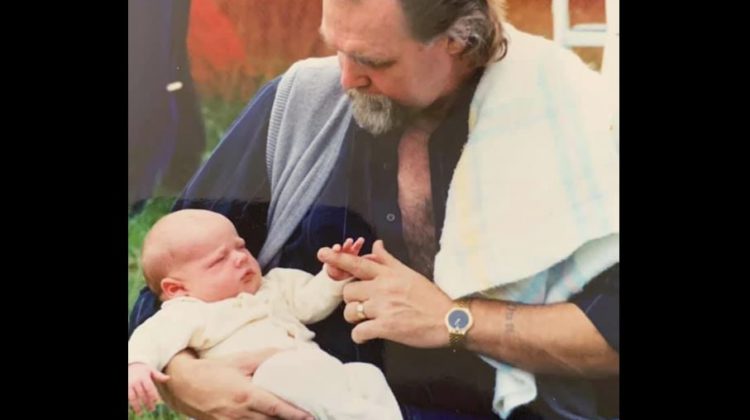 Don Petterson was 57 when he went missing in Port Alberni on June 9th, 1996. (Supplied by Lisa Petterson)

Lisa Petterson of Merville is thanking a Good Samaritan down island.

This year, Petterson turned 57, the same age her dad, Don, was when he went missing in Port Alberni on June 9th, 1996.

Fast forward to last month, when Lisa put up a ‘Where’s My Dad’ sign at Gyro Williamson Park in Port Alberni, where Don was last seen.

The sign was built at cost by Speedpro signs in Courtenay.

“I thought it would be poignant to do it on Father’s Day, because I’ve been wondering for 24 years, where’s my dad?”

The following Sunday, three men took the sign down and carried it away.

Word got out around town and four days after the sign was taken down, Rob Pratt went looking for it and found it in a ditch.

The sign is back up again at Gyro Williamson Park, and Lisa is extremely grateful for Pratt’s good gesture.

More good news: Speedpro owner Mike Finneron contacted Lisa and did up another sign at no cost.

“The simple acts of human kindness like that guy looking for the sign and Mike doing the sign up for me again, things like that, it really shows there is a lot of kindness in the world.”

Disappeared without a trace

A father of three, Don worked at Save-On-Foods for 24 years and had planned to retire in three years, and buy some lakefront property for his family on Vancouver Island.

He had a week off and made appointments with real estate agents to see land around lakes in places including Campbell River, Courtenay/Cumberland, and finally, Port Alberni.

As he was waiting for the real estate agent in Port Alberni, Don had a few drinks at a local bar and then fell asleep on a park bench.

He was taken into custody and spent the night in the drunk tank, Lisa explained.

Once he was let out the next morning, Don withdrew $300 at a bank near the RCMP detachment.

That was the last anyone saw or heard of him.

“He was due back (home on the mainland) that night and never showed up for work, which is very weird because my dad never missed a day of work,” Lisa said.

She said the RCMP at the time didn’t help at all.

“They said, ‘Grown men don’t go missing.’ That was their kind of attitude. That ‘he wanted to be gone.’”

Lisa believes this isn’t possible. “First of all, my dad doesn’t miss work. That’s not his M.O. And second of all, he would never leave my mother. He loved my mom, they’ve been married 36 years. And he loved my kids. He had just given me $900 to put my kids through taekwondo and register them for the year. He was the one who was going to take them.”

She said Don’s disappearance took an emotional and financial toll on the family. There was no money coming in, so Lisa had to pay both her mom’s and her own mortgage and put up missing posters every weekend across the island.

“I’ve always questioned what happened to him,” Lisa said. “After this I got hold of the Port Alberni RCMP and they put me onto cold case files.”

She was told that they were investigating his disappearance as a murder.

“That’s the first time anybody has ever said that to me in 23 years.”