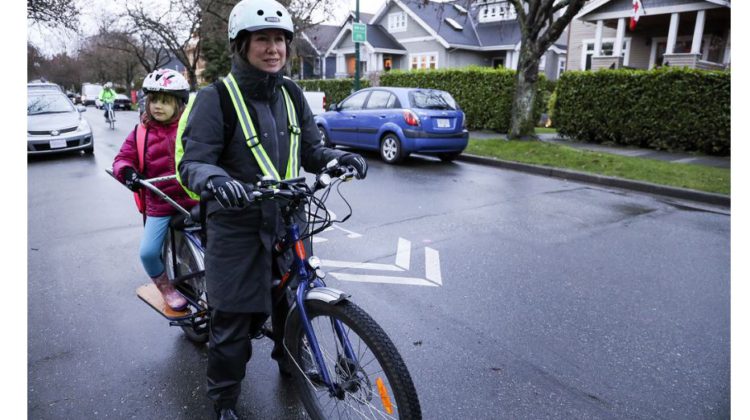 The province is taking steps to improve cycling safety across B.C. (Flickr.com)

The province is jacking up the fine for ‘dooring’ in an effort to increase cycling safety across B.C.

Effective Sept. 21st, anyone opening the door of a parked car when it’s not reasonably safe to do so (known as ‘dooring’) will face a $368 fine.

This new fine is about quadruple the current one of $81, which is among the lowest in Canada.

“Dooring can cause serious injury, and the new fine reflects that,” said Claire Trevena, Minister of Transportation and Infrastructure.
“But it is preventable, which is why we are also investing in public education. We want to make sure everyone who uses the roads does so safely.”

Dooring is a common safety issue for cyclists across the province.

The province says the higher fine, along with a public education and awareness campaign, will help raise the profile of cyclists.

The government also says it will help improve cyclists’ safety by making drivers more aware of their actions.

Bowinn Ma, MLA for North Vancouver-Lonsdale, whose community suffered a death in 2019 as a result of dooring, said, “It is enormously dangerous to carelessly open a door into the pathway of a person moving on a bike. This increased fine sends a strong signal of the level of accountability that is expected of people who are operating a vehicle, even when the engine is off.”

Working towards Vision Zero, a strategy to eliminate all traffic fatalities and severe injuries, while increasing safe, healthy and equitable mobility for everyone, is a goal set out in Move. Commute. Connect. – B.C.’s strategy for cleaner, more active transportation.

The province says education and enforcement, along with the construction of high-quality active transportation infrastructure, will increase road user safety and comfort.