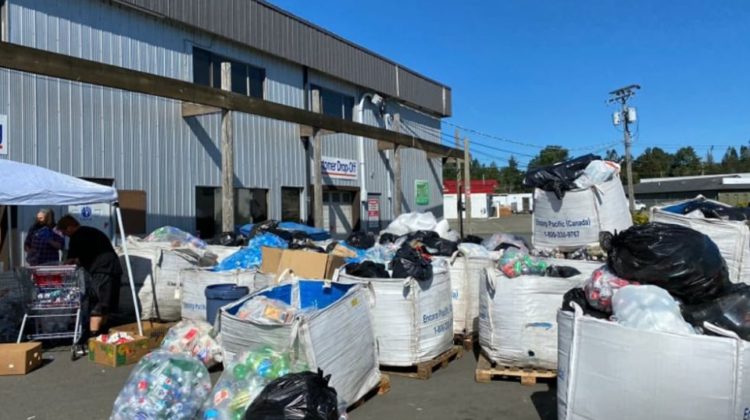 Dennis Renaud has been working at the Courtenay Return-It Depot for the last 13 years and was recently diagnosed with Stage 4 lung cancer in April.

Thanks to Co-worker Richard Cook, over $6000 was raised for Dennis during a weekend fundraiser.

Cook put together the bottle drive fundraiser for him this Saturday, which he says was a huge success.

“It was amazing. We were literally overwhelmed. We’ve seen bottle drives and it was insane.  There were just piles and piles of stuff, people just kept coming in.”

He adds that the community was coming in to donate all sorts of things for Dennis, not just bottles.

“There were cash donations, cans, bottles, people just volunteering thier time it was just a mixture of everybody coming together.”

“It just shows that when the chips are down, we are there for each other. We support our own. Dennis was a guy who lived in this valley, worked in this valley and he needed a hand and people were coming in who didn’t even know him and said ‘this is what we want to do’.”

Cook says over $6000 was raised from the donations on Saturday which the depot agreed to match, dollar-for-dollar.

Residents are encouraged to keep bringing in any donations, as the account will stay open but won’t be matched by the depot moving forward.

Cook says Dennis will get to use the money however he wants to.

If you would like to donate bottles or cash, visit the Courtenay Return-It Depot on Puntledge Road, and say it’s for Dennis.