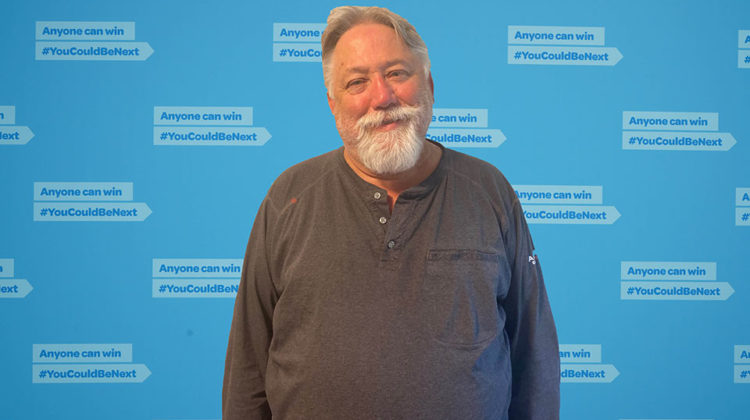 Antonius Vollenberg bought a life-changing Lotto Max ticket during his weekly trip to the Campbell River Laundromat. (Supplied by BCLC)

We now know who bought a Lotto Max ticket worth nearly $1 million in Campbell River.

Antonius Vollenberg brought back more than clean socks after buying the ticket during his weekly trip to the laundromat.

The Vancouver Island resident came home with $862,722.80 after matching six of seven numbers plus the bonus on the July 28th Lotto Max draw.

“It was laundry day,” Vollenberg said. “Whenever I do laundry, I buy a ticket.”

Vollenberg, who purchased his ticket at the Campbell River Laundromat and checked his ticket on the BCLC Lotto! app, says he likes to play Lotto Max twice a week always with the dream of “helping my kids out.”

“I called my kids and told them we were having a family meeting so I could tell all three together,” he recalled. “They couldn’t believe it…no one really believes me when I tell them at first.”

The laundromat win hasn’t completed its cycle for Vollenberg yet either, who says he’s still “in shock.”

Apart from gifting part of the win to his children, he says he will save for a new home and a family vacation.

So far in 2020, B.C. lottery players have claimed more than $62 million in winnings from Lotto Max.

The jackpot for tomorrow night’s draw is roughly $40 million.