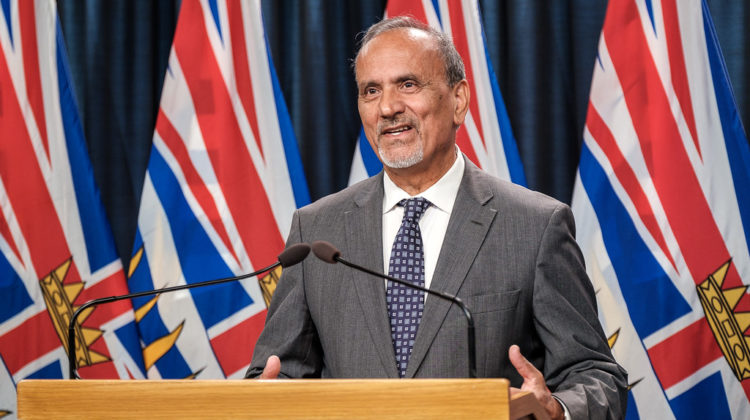 Minister of Labour Harry Bains (Supplied by: Province of BC)

B.C.’s Labour Minister is reacting to a report reviewing B.C.’s unionized hotel sector as a result of COVID-19.

“I received her final report last week and have now had time to fully consider its findings,” Bains said.

“Ms. Banister did a good job of addressing what is a serious and complex issue taking place against the backdrop of conditions created by the COVID-19 pandemic, the likes of which we have never seen before.

“In a very short time, she received and reviewed submissions from representatives of hotels and trade unions, as well as employers and labour organizations. The report is thorough and informative, and I am grateful for her work. Ms. Banister’s analysis leaves no doubt that the current situation is serious and unprecedented for both workers and employers.”

Bains said that Banister outlines how thousands of workers have been out of work for the last six months and do not know when they will be able to return.

“These are difficult circumstances for all workers in hotels that rely on international and business travel, including the members of Unite Here Local 40, who have been publicly demonstrating their concerns in recent weeks. It is Unite Here’s campaign that has brought attention to the severity and urgency of this issue.”

Bains said he has met with some of these workers “and understand where they are coming from.”

“It’s not easy to live with this kind of uncertainty as to the future of your job when you have a family to support and bills to pay. Our government understands, as outlined in Ms. Banister’s report, the devastating impact this pandemic has had on the hotel industry,” he added.

“I remain committed to supporting hotel workers by getting them back to work or into alternative employment as soon as possible. I will be doing this through several ways.

“I will be asking my colleague ministers to ensure that any government economic recovery package, particularly for the tourism and hotel industry, contains a pledge for employers to offer a right of first refusal to existing employees when work resumes.”

“I also will be advocating that access to jobs in the public sector is provided to workers impacted by tourism closures, in positions where their skills are transferable”.

Bains said the province has “made serious efforts to ensure resources are there for non-union workers, including in the hotel sector, by providing a simplified variance application process for employers who needed to extend temporary layoffs beyond the Aug. 30 deadline.”

“This has given employers more time to recover before recalling staff,” he said.

“I am committed to providing extra support through access to Section 54 of the Labour Relations Code, or other third-party assistance, to ensure quick solutions at existing bargaining tables where disputes are arising due to recall issues.

“I have always been clear that the best resolution for all parties is negotiated at the bargaining table.

Bains said the B.C. government will not be overriding existing collective agreements and the bargaining now under way in the hotel sector, including negotiations involving Unite Here Local 40 and other unions.

“I am hopeful all parties involved can come to mutual resolution at the bargaining table, and I urge both sides to get together as soon as possible to work out a voluntary resolution to this important issue.”