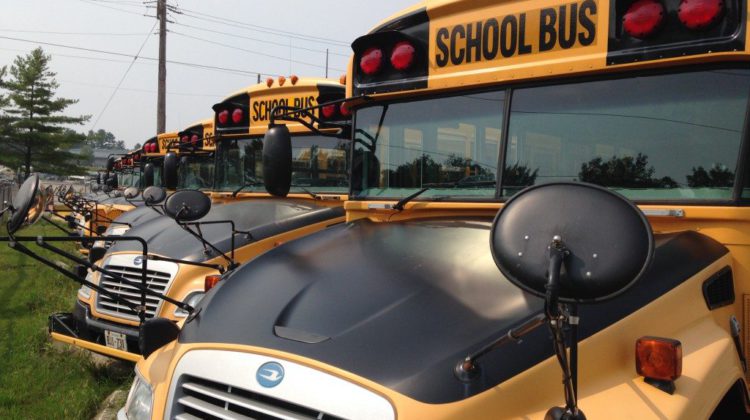 We could soon see seatbelts in school buses across the country.

Transport Canada announced that a new pilot project is underway to test the use of seatbelts on school buses in two school districts in British Columbia.

Transport Canada says the need for pilots is based on the findings of the Task Force on School Bus Safety and they will help gather information for any future application of the use of seat belts if needed.

Canada’s Minister of Transport, the Honourable Marc Garneau says this pilot will see if the government can make school buses even safer for kids.

“I would like to commend the Government of British Columbia and the school districts involved for their leadership in joining with the Government of Canada to conduct this pilot project involving seatbelts on school buses. School buses are the safest way to transport children to and from school, but we are always looking at ways to make them even safer. This pilot is an important step in this direction.”

Each day, Canadian children travel to and from school on 51,670 school buses.

In January 2019, the federal, provincial, territorial Council of Ministers Responsible for Transportation and Highway Safety established a special Task Force to carefully examine the issue of school bus safety, both inside and outside the bus, with an emphasis on seatbelts.

In February of this year, the Task Force published its report on Strengthening School Bus Safety in Canada.