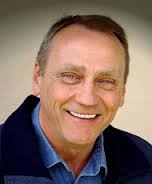 The Conservatives balanced budget is a steady as she goes fiscal blueprint, with a focus on the basics…that from North Island Conservative MP John Duncan.

Meanwhile Duncan touts the budget’s boost in military spending, with a three per cent annual boost over a ten year period.

Finance Minister Joe Oliver tabled the budget this afternoon in the House of Commons.