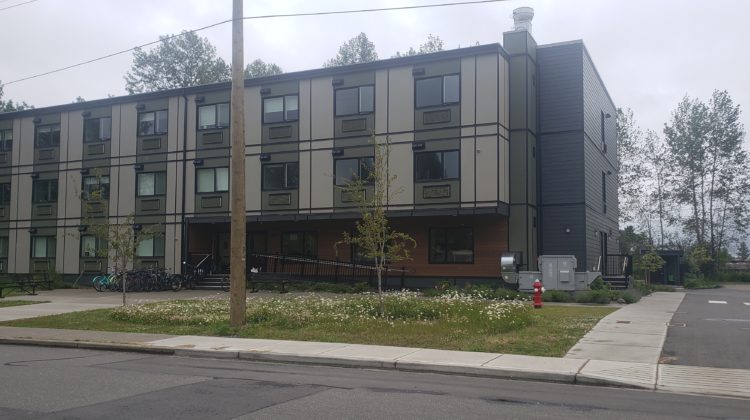 The John Howard Society North Island (JHSNI) is sharing its progress on The Junction supportive housing complex near 8th Street in Courtenay.

In June, representatives from the Kiwanis Seniors Village presented to council and the RCMP their ongoing concerns with residents living at that complex.

In Monday’s council meeting, the society teamed up with BC Housing (who manages the building) to share how they have been addressing those specific concerns.

Program Manager Natalie Meredith says the society has been doing what it can to address any and all problems through its Community Advisory Committee.

“We met a total of nine times since our first meeting on June 5th, 2019. As a committee, we have been responsive to several concerns and issues that have been brought forward.”

“Resulting action items have included having junction residents engage in garbage and needle cleanup throughout the neighbourhood, this included the rail corridor up to the old railway station and this was ongoing up until the COVID-19 restrictions.”

Other changes included moving the Junction’s covered smoking area, bike racks and benches away from the front of the property to help mitigate some of the noise complaints it was receiving.

Meredith also says while the society has done it’s best to address all negative concerns, it has also received lots of positive feedback from the community.

“I’ve received emails of support from a couple who live very close to us on Menzies. They frequently walk in the neighbourhood, are not fearful and have positive interactions with our residents.”

“I’ve had regular conversations with a few women who live across the street from us. They specifically let me know that the concerns and views brought forward by the Kiwanis delegation (on June 9th) are not shared by everyone at the Kiwanis Village.”

Meredith adds that “while the mandate of the Community advisory committee is to identify and resolve issues and concerns, it is also in place to identify opportunities to build and maintain positive relationships in the neighbourhood, to facilitate information and dialogue and support the success of the Junction.”

Some of these ideas include holding an information panel on mental health, housing first and substance use, inviting members into the Junction for planned interactions such as crafts, tea and bingo, and forming a neighbourhood watch in order to do regular neighbourhood patrols.