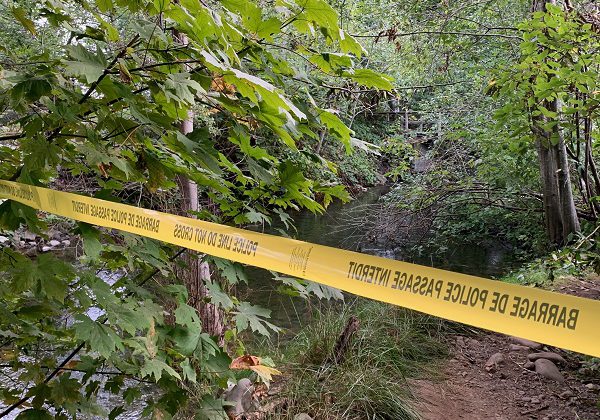 The RCMP is investigating after a man was intentionally set on fire and nearly burned alive while sleeping in the trails near the Campbell River.

At 7:30am yesterday, fishermen found a man in The Brick parking lot suffering from severe burns to his back.

The 20-year-old Campbell River man had managed to remove his burning clothes and made his way to the parking lot for help.

He was taken to hospital for treatment of the very serious, but non-life-threatening burns.

“Setting someone on fire is truly an egregious offence,” Tyre says. “Nobody, no matter what their situation in life deserves to be treated in such a horrendous manner.”

The investigation is in its early stages and police are looking to speak to anyone who may have been a witness to, or have information regarding this serious incident.