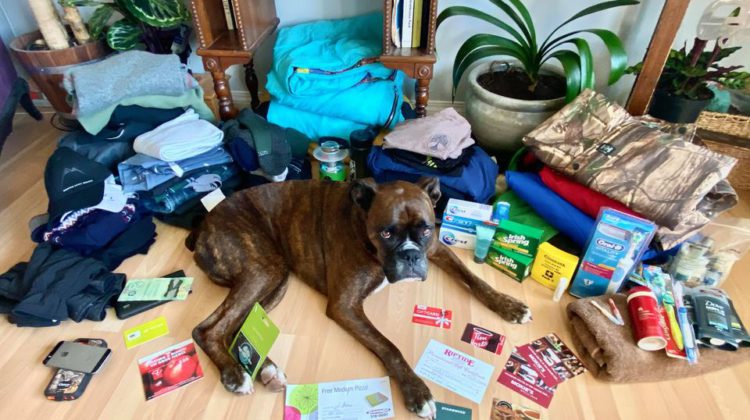 Gift cards, clothes and other items will go to a 20-year-old victim who was deliberately set on fire in Campbell River last month. (Supplied by Melissa Moore)

The community is pulling together for a young man who was deliberately set on fire in Campbell River.

The 20-year-old victim was nearly burned alive while sleeping in the trails near the Campbell River on Sept. 22nd.

He managed to remove his burning clothes and was taken to hospital for treatment of very serious burns.

Since the attack, Melissa Moore has been collecting gift cards, clothes, and other items for the victim once he gets out of the hospital.

“I was able to collect quite a few (gift cards), and I have quite a few donations from people in the community, as well,” she said.

A few other companies including Mark’s Work Wearhouse and River Sportsman have also reached out to help, and Fresh Dental is donating a care package for not only the young victim but others experiencing homelessness in the city.

Moore has also received clothing, a phone charger, and a phone plan from Telus.

“We’ve got quite a few things here, coming his way,” Moore said. “I’d love to see if someone would donate a bicycle. If he doesn’t have transportation, maybe we can give him an old bike.”

Anything extra, or that he doesn’t need, or even in general, she hopes to give to Grassroots Kindhearts.

Moore said she doesn’t need to meet the man in person. “I’d like to see if there is anything else we can do to help him but that’s kind of up to him.”

Moore says it comes down to helping a young man who was a victim of a heinous crime: “How do you not read a story like that and do nothing? He’s 20 years old. He’s a very young man and to be hit that low, at that age, I don’t want him to think that nobody cares about him, you know?”

She continued, “It’s not just me. There are so many people who have messaging, who are collecting things, too.”