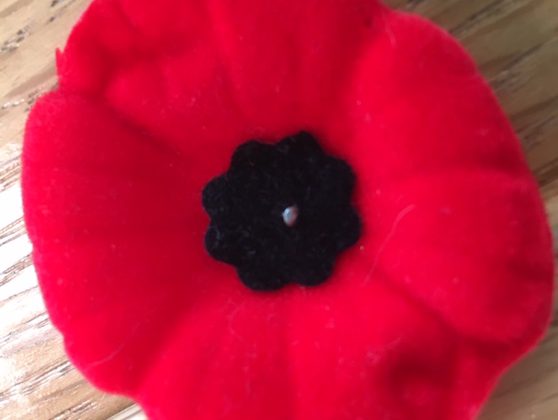 The Courtenay Legion wants us to honour our veterans from a safe and respectful distance on Nov. 11th.

This year’s Remembrance Day ceremony will look much different than past ones because of COVID-19.

Legion spokesperson Stella Webers says they’re asking that you take in this year’s ceremony from the comforts of home.

“We encourage spectators to not attend. If you do, please wear a facemask and observe the two metre physical distancing,” Webers. “We are planning to have Facebook live coverage of this event and a flyby, of course, like we have every year, is going to be weather permitting.”

Royal Canadian Legion Deputy Zone Commander for Central Vancouver Island, Rick Nickerson, says a maximum of 20 people can attend the physical sites, but each legion is going to livestream the ceremonies of remembrance.

Meanwhile Webers says it’s always been their mission to serve veterans and their families and promote Remembrance Day, “and we’re not going to lose sight of that this year.”

She added that all modifications with the poppy campaign and Remembrance Day ceremony is in accordance with the provincial and municipal health authority orders.

“Because of that, the ceremony is going to be limited,” she said. “There’s not going to be a parade, or a choir, or a band… we will have a bugler and a piper, though for the ceremonial last post, and the rouse, and the lament.”

On top of the scaled down ceremony, there will be some major changes, including cancelling a decades-old staple.

“One big thing that we’re not able to have for the first time in 73 years is our veterans’ breakfast,” Webers said. “This was a difficult but necessary decision.”

Wreath laying will be limited to a handful of people. Other wreaths will be pre-placed, Webers said. Anyone who wants to lay wreaths or put down poppies at the Courtenay cenotaph is asked to do that after the service is over.

Meanwhile the annual poppy campaign will continue, with COVID protocols in place.

“You may need to take your poppy yourself and stand away from the tagger,” Webers said. “But if you are not wanting to do it that way, donations can also be made directly to the Courtenay Legion branch, by cheque, or money order, or e-transfer.”

The campaign is key because the needs of our veterans don’t go away during a pandemic.

“We need to continue to honour and remember those who have sacrificed so much for the freedom that we have today,” Webers said.