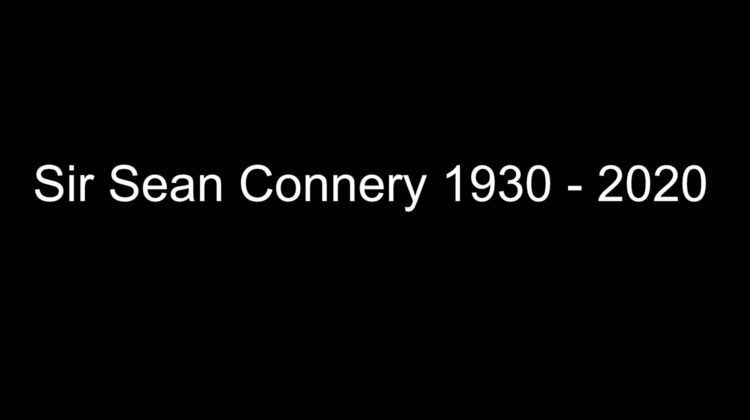 Actor Sean Connery has passed away at the age of 90.

On the website of EON productions, the company behind the James Bond films, Producers Michael G. Wilson and Barbara Broccoli have released a statement on his death.

“We are devastated by the news of the passing of Sean Connery. He was and shall always be remembered as the original James Bond whose indelible entrance into cinema history began when he announced those unforgettable words — “The name’s Bond… James Bond” — he revolutionised the world with his gritty and witty portrayal of the sexy and charismatic secret agent. He is undoubtedly largely responsible for the success of the film series and we shall be forever grateful to him.”

Connery was the first actor to play James Bond on the big screen in Dr. No in 1962 and continuing with From Russia With Love, Goldfinger, Thunderball, You Only Live Twice, and Diamonds are Forever.

He quit the franchise over concerns about typecasting, but returned for the Bond film Never Say Never.

Connery’s portrayal of Bond defined the suave secret agent for a generation of fans.

He is also famous for his performances in films such Indiana Jones and the Last Crusade, Highlander and The Hunt for Red October.

Connery won an Academy Award for his portrayal of a tough Chicago cop in The Untouchables.

He was knighted by Queen Elizabeth in 2000 for services to film drama.