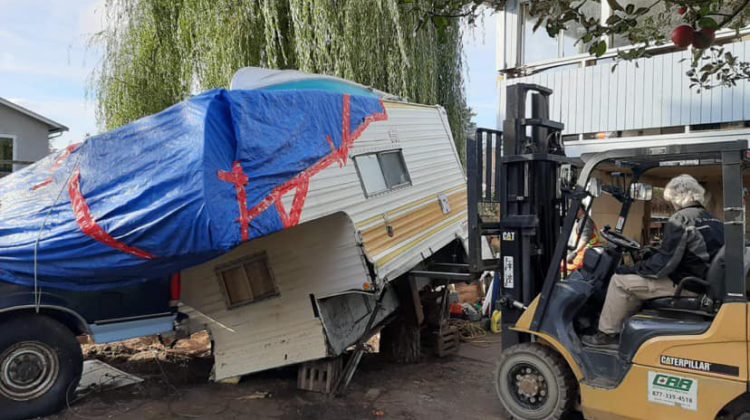 Support is growing for a Comox man who is recovering from a terrible accident.

Neighbours say ‘Richard’ lives in his truck-bed trailer with his three dogs.

Last week, he was setting up the truck bed trailer on mounting legs when one of the legs collapsed.

“He was trapped underneath and suffered a significant amount of trauma,” said his neighbour Naomi Joy, who helped set up a fundraiser on Facebook to cover some of the hospital bills and housing.

In four days, they were already halfway towards its $10,000 goal.

Joy said Richard had been working on this truck trailer all summer in preparation for a road trip to Ontario, “where he planned to set up and live, in peace, with his dogs.”

“Unfortunately, Richard’s trailer was totalled in the process of all of this and does not have any healthcare coverage, either.”

Joy said she and Alex Coles have been trying to find a trailer for him, “and whatever other support we’re able to seek out.”

“This is also the time of the year when it’s getting so cold and he’ll no longer have a warm bed to call his, at night,” Joy said on the page.

You can link to the fundraiser here.