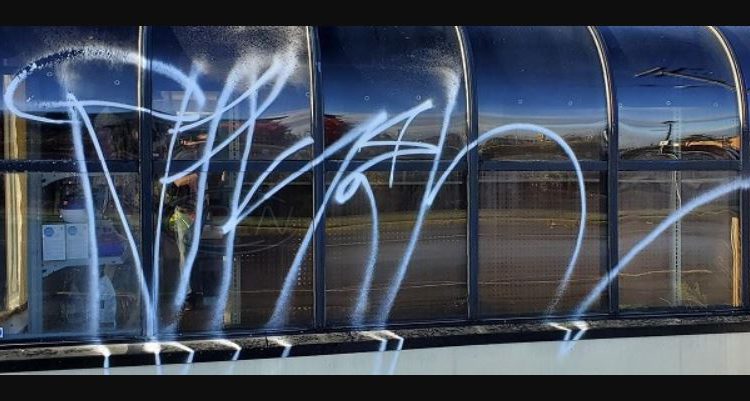 A man believed to be behind a two-day graffiti spree in downtown Campbell River is now facing charges.

Tyre said many businesses in the downtown core were targeted, adding that graffiti is a problem not just of cost, but feeling.

“There is obviously a cost of cleanup, but the mess it leaves behind creates a negative feeling people have in regards to how things are going in their community. For many people, seeing graffiti signals thoughts of high crime and a feeling that their community is in disrepair,” he added.

“The problem with that thinking is graffiti can occur anywhere, regardless of levels of crime or the state of the community. Most ‘artists’ are completely oblivious to the harm they are causing to everyone in the community when they engage in tagging. It’s why it has been so important to the local police to attempt to hold these ‘artists’ to account when we can.”

The suspect was already awaiting trial for other graffiti-related crimes from 2019.

“Based on the most recent incidences, the man was released on very strict bail conditions in an attempt to prevent future offences from occurring,” Tyre added.

Many of these incidents of mischief are still under investigation.

If you were a victim of the graffiti spree that has not been spoken to, or may have video footage of the crime in progress, please contact the Campbell River RCMP at 250-286-6221.