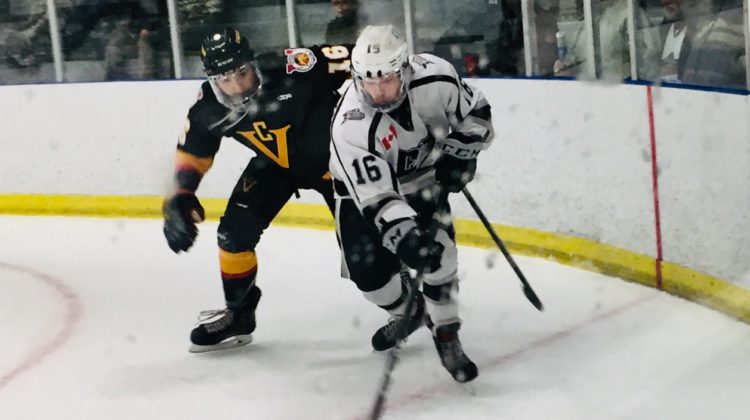 Junior hockey on Northern Vancouver Island is taking a step back for the next couple of days.

The league announced Tuesday afternoon that it will be cancelling a few of its games this week.

VIJHL President Simon Morgan says while no player in the league tested positive for COVID-19, a recently confirmed case in the Nanaimo school system is behind the decision.

“Due to a recent confirmed COVID-19 case in the Nanaimo school system where several VIJHL players attend, the four North Division VIJHL teams have elected to pause all League games for the next seven days effective immediately.”

“The four North team governors are taking this measure out of an abundance of caution and to do everything that they can to help slow the spread of COVID-19.  We expect this pause will help ensure the continued safety of their players and is in the best interest of their families, our fans, volunteers and our communities’ safety,” explained Morgan on the league’s Facebook page.

He adds that the cancellations are a precautionary measure that will allow the VIJHL to monitor the situation and evaluate re-start activities when appropriate.

The four VIJHL games scheduled for November 12th, 13th and 14th are postponed and will be rescheduled once this pause has been cancelled.