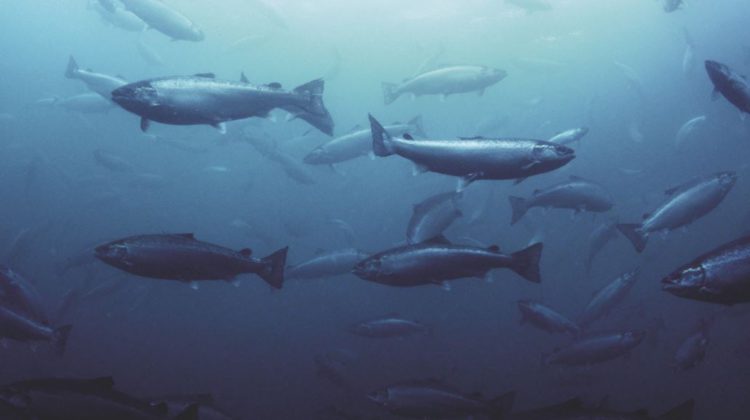 The federal government says it has a plan to transition fish farms out of B.C.’s coastal waters.

As part of their election platform, the Trudeau Liberals promised to transition open net pen salmon farming to land by 2025.

To move this forward, the government says it will work with B.C. First Nations, the aquaculture industry, and environmental stakeholders on an interim report.

It will be handed to fisheries minister Bernadette Jordan in the spring.

Some studies say open-net salmon farms are responsible for spreading parasites and viruses to wild salmon.

Burnaby North MP and parliamentary secretary for the fisheries minister,  Terry Beech, says while over two-thirds of Canada’s farmed salmon production happens in B.C., many Canadians are concerned about the industry’s impact, especially on wild salmon.

“British Columbians have been clear: they want a robust and cautious approach to aquaculture,” he said. “They also want a thriving wild salmon population that has, in itself, generated billions of dollars to Canada in our history as a nation.”

Beech says transitioning the aquaculture industry “is going to be a significant undertaking.”

“Almost half of all fish consumed by people today comes from aquaculture,” Beech said.

He says those working in the aquaculture and fishing industry won’t be left in the shadows.

“The plan is a massive undertaking,” he said. “We will do it, but we could only do it well with a long-term plan in place, one that ensures that those employed by aquaculture and the wild salmon industry do not fall through the cracks.”

Meanwhile, Beech acknowledged that many wild salmon stocks are at critical levels.

“In fact, on the Fraser, they are at an all-time historic low,” Beech said.

“Wild salmon aren’t only a significant economic driver in British Columbia, they are part of our cultural identity as a province,” he added. “They feed and nourish our people, our land, and our whales. They are a core piece of biodiversity that we must not just work to protect, but work to restore their populations to traditional levels.”

Fisheries minister Bernadette Jordan says “all voices will be heard during the development of this important initiative and I look forward to the outcomes of these engagements as we move forward on this transition together.”