Through thick and thin, the Royal LePage Snow to Surf Adventure Relay Race goes on! 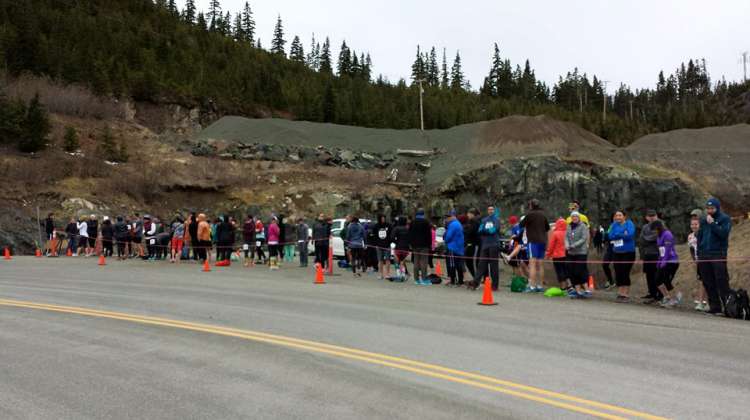 Well Mother Nature threw some obstacles in the way, but that didn’t put a damper on the 33rd annual Royal LePage Snow to Surf Adventure Relay Race.

Things started off hot and heavy on Mount Washington. Team #16 Para Rescue took the early lead, with #46 Waverley Warriors and #72 Island Honda Banzai close behind them.

But Island Honda Banzai gained some speed and momentum going into what would be the final leg of the race: the road bikes.

When it came time to wrap things up, Mother Nature made an impact of her own on the event. Choppy and sketchy water conditions caused the cancellation of the race’s final leg, the canoe stretch to Comox Marina Park.

But some athletes were already in the water, and made it safe and sound to the Marina. The Waverley Warriors were the first to hit land, and Jaden Dinney became the first competitor to ring the bell.

Dinney says although he was the first to ring the bell, it was a little bittersweet.

He adds the water was pretty choppy, and Island Honda Banzai‘s Bill Brett even capsized. However, Brett was still able to make it to the finish line.

Organizer Greg Phelps says the cancellation stemmed from concern for the safety of athletes.

Spokesperson Liz Royer adds even with the shaky weather, everyone involved was happy. She says crews were concerned early on about how wind conditions would affect the canoe leg of the race.

It appeared that Brett and the Banzai ended up with the win, as organizers set the road bike leg as the one to determine a winner. But Brett says their road cyclist actually had to backtrack during the road bike leg of the race.

Contrary to what was initially believed to be the case, that unfortunate misstep actually caused the Island Honda Banzai to be disqualified, as their cyclist ended up going 4k off-course.

Royer says that even with weather like this, the race will always go on! For times, teams and more on the 33rd annual  Royal LePage Snow to Surf Adventure Relay Race, check out the race’s official website.