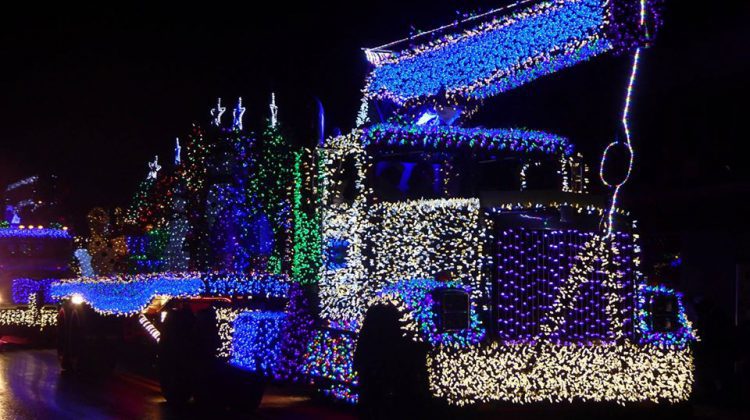 Photo of an entry from the 2017 Big Truck Parade. (Renee Kraft, Facebook)

Technology is bringing the Campbell River Big Truck Parade to life this year.

The Downtown BIA, Chamber of Commerce and Shaw Spotlight are compiling drone coverage, as well as videos and pictures from past parades, and transforming them into the 2020 parade.

This year’s actual parade is a no go after the BIA got word from the Vancouver Island Health Authority that it can’t go ahead with the parade as outlined in its Special Event Permit.

However, a highlight package of past parades will replace the real thing.

It can be viewed on Dec. 5th starting at 6:00pm on Shaw Spotlight Channel 4, the Downtown BIA FaceBook and the Campbell River & District Chamber’s Youtube Channel.

BIA executive director Jan Wade said they “gave it their best shot” to host a live parade this year, and spent hours crafting a 17-page special events permit  “that was well thought out and detailed, covering all the health protocols and traffic controls.”

Wade said their plan was to treat the parade like a drive-in.

“Everybody would watch the parade from parked vehicles, and there were complications with potential crowding and so-on, so we thought we just could not meet all the health and safety protocols that were required.”

The request was reviewed by the Provincial Health Officer’s Office and it was determined it didn’t meet the requirements of the Gatherings and Events Order.

Wade said they didn’t give up on the idea of delivering a parade, in some fashion.

“In discussion with Mary Ruth Snyder, the executive director of the chamber, we decided to do a virtual parade.”

She noted that the pictures date as far back as 2013.