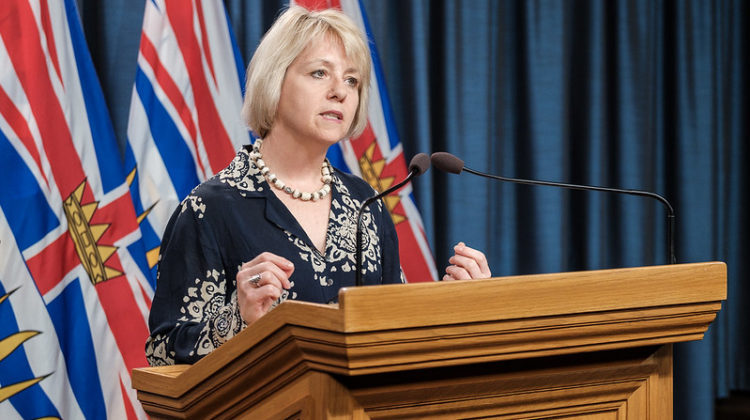 Since Friday, B.C recorded 1959 new cases of the virus, including 455 in Vancouver Coastal Health, and 41 in the Vancouver Island Health Region.

That brings the total active cases in the province to 6,279.

Dr. Henry says British Columbians have to keep doing their part to limit the spread of the virus.

“The individual efforts of people across BC have helped and are the reason we are keeping our hospitals, our schools and workplaces open and protecting the ones we love,” she explained.

“It is these small yet essential efforts that all of us do that have a big collective impact. Things like staying home when we’re ill, not having social gatherings. This has been even more critical in the past few weeks  and as you know we put on orders around specific areas in the Vancouver Coastal and Fraser Health regions but we are also reminding people around the province that this virus is in our communities and can spread very easily.”

She also said the majority of new cases are being reported in areas where there are not as many health measures in place.

“Today we have seen that much of the transmission is occurring in private homes, at social gatherings, and in settings like workplaces where people are gathering together. Not where we were having very short interactions in a public setting.”

“We’ve seen transmission as well where people are gathering before and after safe events, which may be watching a game, picking up children from school, or going to a restaurant. These are all locations where there are no other layers of protection and places where people are not wearing masks.”

“In our own homes we don’t have plexiglass barriers, we don’t keep our physical distance, and those are the settings that are the most challenging right now,” added Henry.

There were no new health orders announced today, but Henry encouraged all British Columbians to avoid any kind of travel as much as possible.