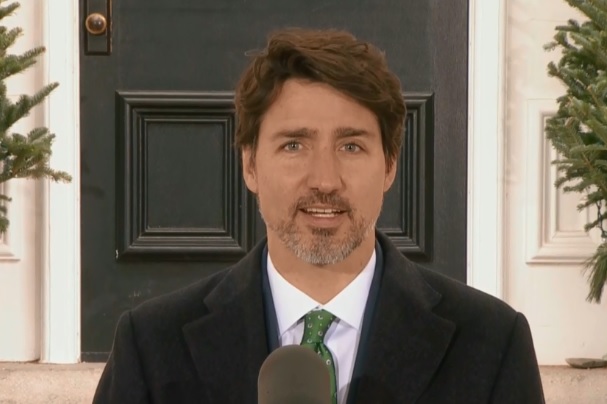 Prime Minister Justin Trudeau says we are in one of the toughest phases of the COVID-19 pandemic.

In an update Friday morning, Trudeau says we will have to hold on tight but he says there is light at the end of the tunnel with vaccines on the horizon.

Trudeau says a National Operations Centre, through the Public Health Agency of Canada, is being set up with the support of the Canadian Armed Forces to “coordinate logistics and distribution of vaccines.”

He says the CAF will assist in planning, including to meet challenges like cold storage requirements, data-sharing, and reaching Indigenous and rural communities.

Trudeau adds that the government has already purchased freezers to store vaccines.

Trudeau says the government has approved a “range of new rapid tests” and purchased millions and adds they are being deployed in certain places in “innovative ways.”