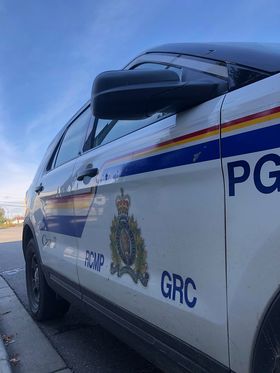 Earlier this month, officers responded to the gravel pit on Melrose Road where they found three bodies and a wounded man nearby.

The first victim was found on a trail and two others were in a burned-out trailer not far away.

The RCMP says during the initial examination, multiple burned structures were examined and human remains along with the remains of four dogs were recovered.

“Fire scenes bring a variety of challenges and are complex scenes to process. Investigators must pore over the scene, meticulously search through debris piece by piece and then examine collected items using specialized techniques, says Corporal Chris Manseau,” Media Relations Officer for the BC RCMP.

He added that the RCMP continues to work with the BC Coroners Service to definitively confirm the ID of the deceased.

In the meantime, Vancouver Island Integrated Major Crime Unit investigators are still hoping to speak with a motorist who picked up two hitchhikers in a light coloured sedan on the morning of November 1st.

Police say they have not yet made contact with them and may be unaware that they are being sought as a witness.