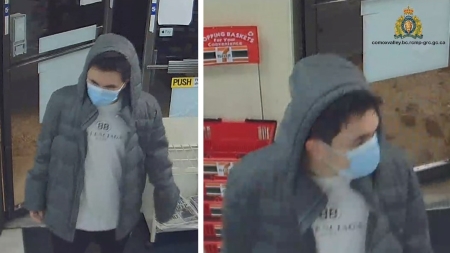 A 19-year old Courtenay man has been arrested following an attempted robbery on November 22nd.

Officers were called to the 7-Eleven on Ryan Road after a hold-up alarm was triggered.

The victim told police a man entered the store, walked around for a short time and then approached the counter where he told her he had a knife and demanded money.

Police say the victim then asked for help from witnesses inside the store before the suspect fled on foot.

Corporal Matt Holst with the Comox Valley RCMP Major Crime Unit says the investigation quickly moved forward thanks to tips from the public.

“Investigators followed up on tips very quickly which lead to the arrest of the male and the execution of search warrants and discovery of additional evidence in the relation to the robbery investigation.”

The suspect was arrested and now has an upcoming court date.