How the 5th Street Bridge upgrades will affect you 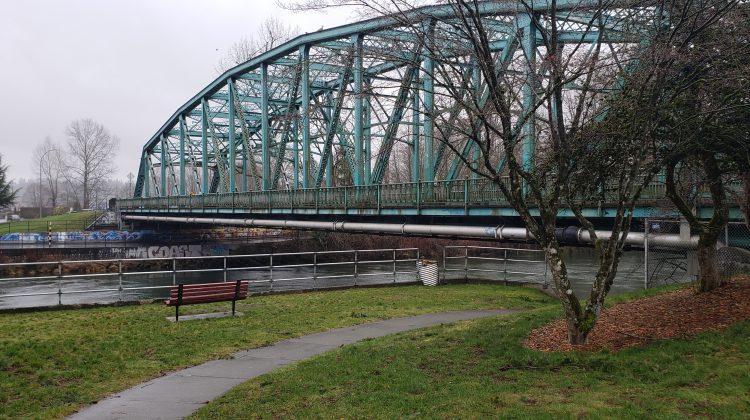 With the Alternative Approval Process finished for the 5th Street Bridge, Courtenay is now looking ahead to the next steps.

Some of those steps include determining what impact it will have on residents as they plan to drive, walk, bike, or bus through the area.

To address those concerns, a Traffic Management Strategy was drafted thanks to extensive feedback from residents.

How will the project affect you?

Well, Courtenay says those planning to leave downtown will be detoured onto Cliffe Avenue, right on 3rd Street, then left into the laneway between Cliffe and Anderton Avenues, and then directed right on 1st Street before heading back onto Anderton Avenue and then across the bridge.

If you’re heading downtown, you won’t be detoured, but you should expect more cars on the road as it will be reduced to single-lane alternating traffic with control lights.

The city says 5th Street towards the bridge and Anderton Avenue at 6th Street will be closed to let larger vehicles through as well as those coming from Ryan Road and the Old Island Highway.

You will still have access to Lewis Park and Millennium Simms Park during construction but the right turn access lane from Lewis Park to the bridge is expected to be closed off.

Both parking lots could also be used as potential park-and-ride or park-and walk/bike locations, but do not plan to be closed off.

The city says when the project does kick off next spring, the best thing it’s trying to do to reduce the construction impacts on road users, is to actually limit the number of people on the road.

It plans to launch a campaign next year aimed at getting more people to switch from driving to walking, cycling or taking transit.

See the photo below for a better picture of the Traffic Management Strategy, and to learn more about the 5th Street Bridge Rehabilitation Project, visit the City of Courtenay’s website. 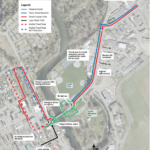 Photo of the Traffic Management Strategy