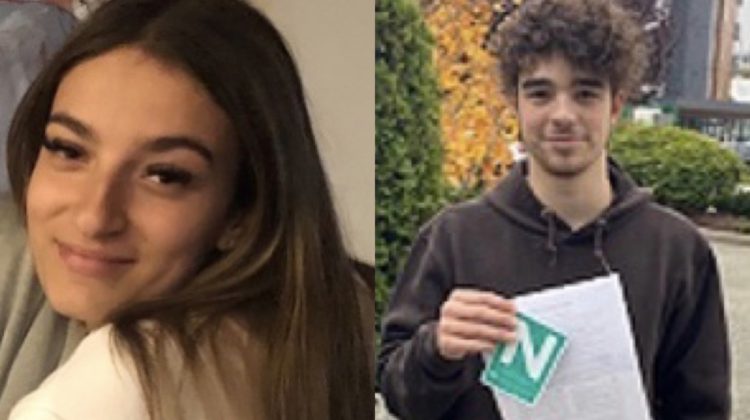 Madison Brett (left) and Aiden Watson (right) were last heard from at around 4:30 pm on Dec. 4th (Photos supplied by: Campbell River RCMP)

Watson’s 2002 Ford Ranger. The truck has no back canopy and its rims are now silver (Photo: Campbell River RCMP)

The pair were believed to be in the McIvor Lake area at the time. Police say they may have ventured into logging areas with Watson’s truck and got stuck, or the truck may have developed some mechanical problems.

The truck is described as a white 2002 Ford Ranger without a back canopy. It has silver rims and BC licence plate PT 6800.

Madison is described as caucasian, standing at around 5 ft 4. She has hazel eyes and long brown hair.

Aiden is also caucasian, standing at around 6 ft 1, with brown hair and brown eyes. He was last seen wearing a red jacket and brown shorts.

If you have any information regarding the whereabouts of Madison Brett or Aiden Watson, or see the truck, reach out to the Campbell River RCMP right away. Call (250) 286-6221.