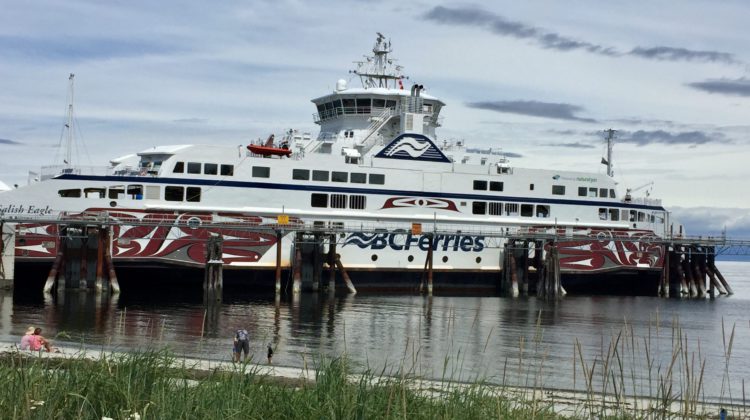 Blaney has sent a letter to federal Minister of Transportation Marc Garneau about Transport Canada’s order, banning passengers from staying in their vehicles if they’re parked on a closed deck.

The letter comes with Transport Canada reviewing over 1000 reports of passengers disobeying the order.

Transport Canada has started assessing the reports from Oct. 1st to Nov.  27th.

Of those, 75 percent are from the Departure Bay (Nanaimo) to Horseshoe Bay (West Vancouver) route.

Transport Canada noted that the reports dropped by almost 90 percent in November, “due to the joint patrols, reduced passenger levels and increased education.”

In most cases, Transport Canada says its first enforcement step will be a follow-up letter to the vehicle owner reminding them of the requirements to leave the enclosed vehicle deck, “unless other action is appropriate including fines starting at $600.”

Based on its findings and the level of action required, penalties could be upwards of $12,000.

In her letter, Blaney questions the value and logic of using ministry resources to process and potentially punish “people who are simply doing their best to follow public health orders and keep their contact with others to a minimum.”

With cases on the rise in B.C., Blaney is calling for risk assessments “proving that it is safer to move everyone to passenger decks rather than allowing them to remain in their vehicles. “

“Now we see people getting fined, and I think this is pushing this health concern too far,” she added.

“Where is the line? How bad does the exposure risk have to get before you reinstate the exemption so that people, goods and services can continue to reach our coastal communities while limiting the spread of COVID-19?’ Blaney asked in the letter.

Blaney said the ferry she is most concerned about is the one between Comox and Powell River.

“A lot of folks coming from Powell River are coming to the island to get health care support so their health may be vulnerable already, so asking them to leave their car – which could be significantly safer for them – is a big concern for me, and if they’re trying to protect their health and getting fined, I think the minister has to listen to their concerns and address it.”

During the first wave of the pandemic, Transport Canada provided an exemption to allow passengers to remain in their vehicles throughout the sailing in order to avoid the often busy stairwells, elevators and passenger decks of BC Ferries vessels.

However, as Blaney noted, the federal department has refused to extend or reapply the exemption during the second wave, despite BC experiencing much higher case counts and infection rates than there were in the spring.

In response, Ministry of Transportation press secretary, Allison St-Jean said ferry travellers do not need to choose between personal safety and marine safety.

“By physical distancing, wearing a mask and leaving the enclosed vehicle deck while the ferry is operating, passengers and crew can stay safe,” she added.

“While on board ferries, passengers continue to be required to follow all health protection measures implemented by the ferry operator, in accordance with PHAC guidelines and provincial requirements.”

Transport Canada reminds passengers to contact their ferry operator before travelling if they have concerns or special circumstances such as quarantine requirements, medical difficulties, challenges or special needs that may limit them from exiting their vehicle.

Meanwhile, Blaney is hoping her message will get through.

“I’m encouraging constituents that are reaching out to me to send letters to the minister as well and cc my office so that I can follow up,” she said. “I know that Premier (John) Horgan has asked the minister to change this, so I know the province is pushing for it, as well.,”

She’s hoping their “collaborative voice” will persuade the federal minister to “listen to the concerns in our region and respect them.”

More information about enforcement can be found here.